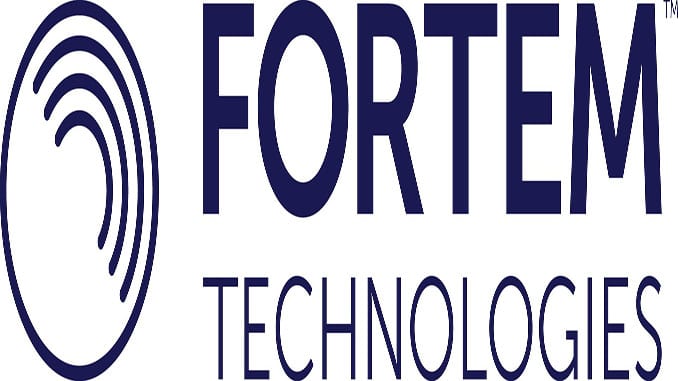 Now deployed, the Fortem SkyDome® System consists of distributed TrueView™ radar to detect and identify uncooperative drones, and the Fortem DroneHunter®, which is autonomously cued by SkyDome to further evaluate the threatening drone and remove or disable it from a safe location with no collateral damage. The SkyDome System and DroneHunter are the category leader for kinetic, non-lethal C in defending against low flying drones and in protecting critical infrastructure, military bases, borders, and coastal areas from drones that attempt to pass undetected by traditional ground-to-air defenses.

“Providing the most comprehensive threat detection and safe mitigation solution has always been our top priority,” said Malek Akilie, VP Middle East, CIS and Africa Region at Fortem Technologies. “Our team in our UAE office is here to provide drone mitigation in an era when jamming and electronic attack are no longer sufficient to stop criminal or terrorist drones.”

About the Fortem SkyDome System

Fortem’s SkyDome System digitizes, maps, and monitors the airspace so that all objects on the ground and air are accounted for. This makes it possible to identify and mitigate UAS that are not approved for flight and that might interfere with critical communication systems, or that might have nefarious intent. Fortem’s SkyDome System includes a networkable foundation of TrueView radar, the most AI-rich, configurable and powerful radar in its class, and DroneHunter, the premier autonomous AI-enabled interceptor drone in the world. These components make ground and airborne radar and optics seamlessly networkable and the only system that achieves total airspace awareness, security, and defense. The system integrates with existing sensors, data, and security systems, such as ADS-B, Remote ID, LAANC, and ground command and control operations.

Over the last five months, Fortem Technologies has been granted a multi-million dollar deal with the Pentagon’s Defence Innovation Unit (DIU), tested by NATO for its Defense Against Terrorism Programme of Work, and continues its work with hospitals, airports, and stadiums to provide an end-to-end security solution. Fortem also recently announced the shipment of its most advanced AI-enabled F700 DroneHunter.

Fortem Technologies is the leader in airspace awareness, safety, and security. Through an advanced ecosystem of distributed radar, AI at-the-edge, deep sensor integration and autonomous drone capture, Fortem monitors, protects and defends the world’s corridors, venues, infrastructures, borders, and regions from dangerous or malicious drone threats. The same ecosystem is accelerating the safety of the world’s airspace for urban air mobility. Based in Pleasant Grove, Utah, the company is privately held and backed by Boeing, Signia Venture Partners, DCVC, Mubadala Investment Company and others.

The Evolution of Accurate Drone Mapping