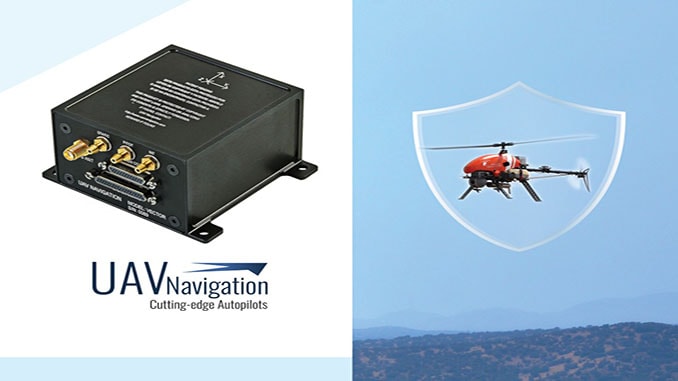 UAV Navigation Tests Its Autopilot Against An Anti Drone System

Meaconing, Intrusion, Jamming, and Interference (MIJI) is one of the most discussed topics when it comes to UAV operations. It refers to the interception and rebroadcast of signals that are more powerful than the ones used to navigate the aircraft. Although this type of attack can be possible on any type of signal with a stronger one, it mainly affects the GNSS.

So, to minimize the possibility of MIJI, there are a few things that a customer must seek clarifications about. That includes:

●      What mechanisms have been implemented to identify and mitigate these attacks?

●      To what extent does it affect loss from these subsystems to the global performances?

UAV Navigation has ramped up its security measures by designing a very robust system from both hardware and software perspectives. The quality of the components and their special designs help mitigate the impact of certain high-power signals. For example, our hardware is certified to MIL-STD-810F and MIL-STD-461F. This proves that the system has been tested by an independent party that certifies its level of adequacy.

From a software point of view, UAV Navigation’s systems can resist interception due to two main reasons:the non-dependence of GNSS for critical system loops, which allows us to continue operating despite not being able to use GNSS and the multiple cross supervisory logics. Also, the UAV Navigation property ICD (Interface Control Document) that our system incorporates, allows the system to prevent, analyze, and detect any possible interference or system failure.

This involves having multiple high-quality sensors (independent observers) on board and developing advanced estimation logics. Many manufacturers prefer the quickest and cheapest tactic and end up delegating too much logic to the GNSS. That makes the platform more vulnerable to attacks.

After receiving a request from one of its clients, UAV Navigation carried out robustness tests of an ALPHA 800 rotary-wing platform from the company Alpha Unmanned Systems, which uses our flight control solution. For this, the services of a company specialized in anti-drone jamming guns were hired. Despite testing with different models and powers, the result could not be more satisfactory: the system was able to detect the interferences and continue operating without any major issues.