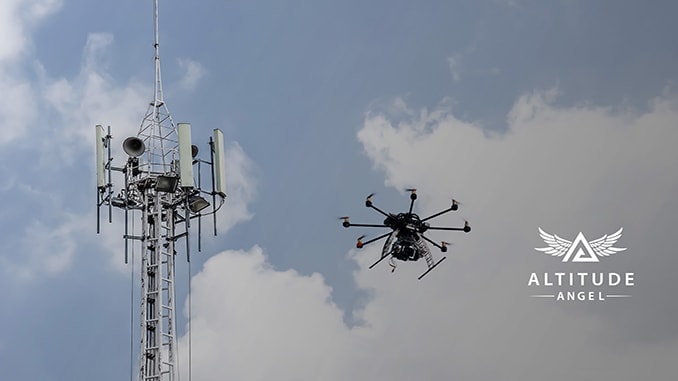 Altitude Angel, the world’s leading UTM (Unmanned Traffic Management) technology provider, is making available a surveillance API which will allow integrators to both share and receive flight data from a variety of sensors and devices in near real-time, providing a truly comprehensive real-time picture of the airspace.

The surveillance API provides a mechanism for commercial drone manufacturers, flight app developers and drone fleet operators to ‘push’ aircraft surveillance data (called ‘position reports’) directly to Altitude Angel, which is then standardised and correlated with other data sources in its network. This, in turn, makes it easier for companies using the data to obtain a richer ‘moving picture’ of the sky which can be used at airport locations, or in drone flight control apps, to enhance safety and security.

By ‘fusing’ all data from multiple sensors into a common database, and correlating it with other sources, Altitude Angel is able to provide a rich, real-time data view of the sky with greater validation than a single sensor can otherwise provide, thereby helping to enhance overall safety.

Position reports, along with data from other sources, deliver a comprehensive picture of the airspace in real-time which is used by Altitude Angel’s other services such as Airspace Alerts and Tactical Conflict Resolution Service (CRS), which provides ‘air traffic control’ like instructions to drones as they fly to help them avoid each other, and other aircraft, even if they’re operated by different companies.

Only position reports from devices and users which have been pre-registered and can authenticate with the API and contribute or receive data.

The surveillance infrastructure is intended to be used by or with:

Transmission of surveillance data to the Altitude Angel platform has numerous benefits. By connecting, sensor and device manufacturers can more easily share their own data across long distances, using the Altitude Angel platform as a secure distribution channel. Equally, once on the platform, it can easily be ‘channelled’ into other services, such as the Conflict Resolution Service, providing the ability to interface with drone flight control, or airport security systems.

On Altitude Angel rolling out the surveillance API Richard Parker, Altitude Angel CEO and founder, said: “By offering our surveillance API to developers and manufacturers, we’re taking another significant step towards providing a single-point-source-of-truth which is needed to realise routine, automated drone flights. By using this API, implementors can benefit from the tremendous ‘fusion’ capability in the system and will receive enhanced position data back. Data can then be routed into other functions offered by the GuardianUTM cloud platform, including tactical conflict resolution and Airspace Alerts.”

Anyone wishing to integrate with Altitude Angel’s surveillance API can do so via
https://docs.altitudeangel.com/docs/surveillance-api

April Showers? Bring Them on With the PowerEgg X Weatherproof Drone