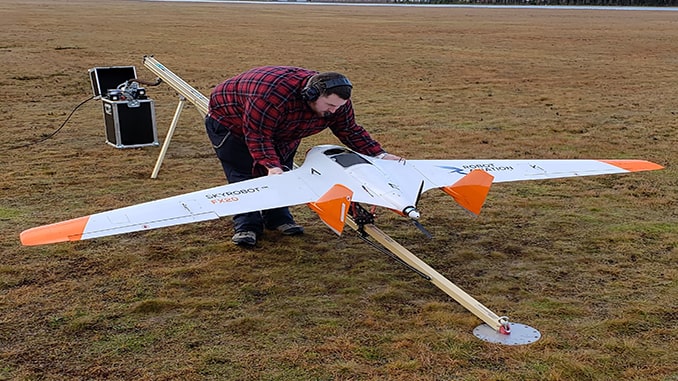 A missing child has been found safely in Minot, North Dakota today, in no small part due to the swift actions of the partnership between the Minot Police Department, the Minot Fire Department, SkySkopes’ UAS teams, and others.

After SkySkopes received the call from the Police of the City of Minot, they had teams on station within 20 minutes of the call, and made the police aware of the extra adjustments they made in operations as precautions due to the coronavirus. The hours-long search was successful, the crews have debriefed at safe distances, and an after action report is being conducted remotely. SkySkopes crews had all of the normal UAS PPE, in addition to PPE that meets and exceeds the WHO, North Dakota Department of Health, and CDC Guidelines.

“I knew I could call on SkySkopes, and they also had everything they needed to simultaneously prevent the community spread of COVID-19. I was also aware that they had FAA waivers to conduct UAS operations over people with their aircraft,” said John Klug, Chief of Police in the City of Minot North Dakota.

SkySkopes’ CEO and the Minot Chief of Police are acquaintances having graduated together from the USAF Air War College at Maxwell Air Force Base, Alabama after they had been invited by the Secretary of the Air Force, the Honorable Dr. Heather Wilson.

“The child was found safely and the successful mission was conducted safely. Further, it was great to put some of the lessons from the Air War College into practice in the real world,” said Matt Dunlevy, President and CEO of SkySkopes. “This was an emergency within an emergency, with another UAS emergency response taking place simultaneously in Grand Forks to fight the flood. We have never seen a triple emergency using UAS before. SkySkopes pilots’ incredible professionalism throughout these missions is breathtaking.”

“Some of the drone imagery taken during the search clearly demonstrates the usefulness of UAS in search-and-rescue missions,” said Sebastian Gomez, SkySkopes’ Minot Operations Manager and Mission Commander for the quick reaction efforts. “We are known throughout the country as the operators to call for public response especially needing emergency urgency. That this occurred in our backyard highlights the value of our pilots to our communities. This is also why we are certified as ‘Essential Service Personnel’ in states hit even harder by the coronavirus.”

Pilots who were part of the successful UAS operation are now self-quarantining as a precaution.

SkySkopes is a professional Drone Service Provider Focused on bringing innovative solutions to the energy sector. The company is one of the top five Drone Service companies in the world, and has offices in North Dakota, and also in Minnesota, Oregon, California, and Texas. More information on SkySkopes can be found at www.skyskopes.com.

The Minot Police Department was founded in August 1887, with the appointment of Police Chief William Flumerfelt, by the first elected mayor of the city, J. H. Scofield. Chief Flumerfelt was initially awarded a monthly stipend of $65. Beyond his normally expected responsibilities to maintain law and order, he was also charged additional responsibilities as fire chief, lamp lighter and street superintendent. In October 1887, within two months of the formation of the police department, a night watchman was added at a stipend $50 a month and extra policemen as needed at $2 a day.

Today, the Minot Police Department is a professional, well trained and equipped force that is as service-oriented to the community as it is concerned with their primary function of law enforcement. The Police Department is led by Chief John Klug. The Minot Police Department has three divisions: Patrol, Investigations and Administration. The Patrol division oversees traffic enforcement, parking control, K-9 and general public calls for service while the Investigations division oversees criminal investigations. Administration includes the Crime Prevention unit and Police Records. The department is authorized a total of 83 sworn officers, 16 dispatchers, and 15 civilian support staff.

More information can be found on them at https://www.minotnd.org/219/Police-Department.