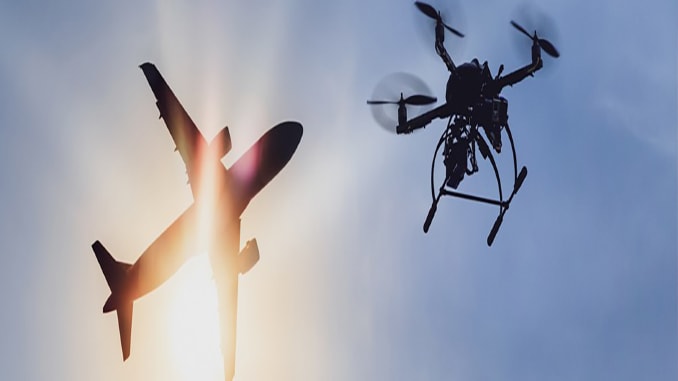 Knowledge Base Presented By Allianz “Drone Use Ready for Take-off”

The rapid growth of unmanned aerial vehicles (UAVs), or drones in our skies, is one of the biggest issues to impact the aviation industry for decades. In 2020, it is estimated that global spending on drones will total $16.3bn alone, according to analyst firm International Data Corporation (IDC)1 and is forecast to grow at a 33% CAGR.

In the US, almost 900,000 hobbyist owners had registered their drones by the end of 2018, according to the FAA. Meanwhile, the market for commercial drones – which can be used for anything from lifeguard duties to tackling crime to inspections of manufacturing sites to delivering of medical supplies to remote locations – is accelerating.

Of the estimated $16bn spending on drones in 2020, it is predicted that almost $10bn – or 60% – will be spent in the commercial sector, driven by the utilities, construction and manufacturing and resource industries. In the US, the FAA also expects growth will continue – by 2023, the commercial drone market is expected to triple in size, with an estimated 823,000 drones flying at that time2. There is certainly a buzz about this market.

BENEFITS – AND RISKS – FOR THE AVIATION INDUSTRY

Drones bring a host of potential benefits to the aviation industry in particular. For example, they can be used to undertake aerial surveys of terminal buildings or provide 3D maps of runways in order to identify and aid maintenance work – this can be much quicker and safer than using people. They can also be used to quickly detect foreign objects around airports, potentially eliminating the need to shut down a runway, as well as offering support to security by identifying any threats, while also acting as a visual deterrent.

However, as the number of drones flying in the skies has increased, so have the risk exposures. AGCS has already experienced a small number of insurance claims resulting from drones falling to the ground, the majority of which have been caused by loss of battery power, often due to pilot inattention during the flight. Fortunately, no one has been hurt in these incidents. Even more serious is the fact that the number of aircraft near-misses with drones and other incidents of reckless behavior in or around airports around the world is also increasing as more drones and pilots enter the airspace.

Drones constitute a considerable risk to manned airplanes. Even though many can weigh only a few pounds, the motors and other metallic equipment that power them can cause significant damage to aircraft engines, windshields and wings. It is estimated that even a small drone could cause as much as $10mn in physical damage alone if hitting an engine of an airplane (excluding liability costs), not to mention the risk of accident, injury or even death to passengers and crew. Commercial aircraft are at the greatest risk of an incident with a drone during take-off and landing. In the event of an incident, aircraft could also be forced to make an emergency landing, resulting in delay or cancellation, incurring significant economic loss.

Drone incidents around airplanes or near airports have occurred over the past year in Newark, New York, London’s Heathrow Airport, Frankfurt, Dubai and Singapore, to name but a few examples.

Although significant strides have been made around the world when it comes to introducing regulations controlling drone use over the past five years, there is still much work to be done and although most drone operators operate within these correct regulations and boundaries, the above examples show there are a growing number of exceptions to these rules.

Although significant strides have been made around the world when it comes to introducing regulations controlling drone use over the past five years, there is still much work to be done. Standards of drone regulation differ significantly around the world. Some countries are well regulated, whereas in others regulation can be either very light or non-existent, which can increase the risk of a dangerous incident occurring, such as a collision.

At the same time, methods of mitigating and reducing the potential threats posed by drones to airports and airlines continue to evolve, such as “geo-fencing”, whereby software uses the global positioning system (GPS) or radio frequency identification (RFID) to define geographical boundaries.  It can then pick up those signals, process them and display them on an onscreen map. If protecting an airport, the system should emit an audible tone announcing that it has spotted a drone and airport staff can immediately see where both the drone and operator are located. However, although geofencing technology is a good mitigation against hobbyists that may stray into the wrong area, it can be less effective against individuals with malicious intent if they have already found out how to override it.

THE FUTURE: BVLOS TAKES TO THE AIR

The drone industry is on the cusp of a transformative development with the development of electric unmanned aircraft that are able to fly beyond visual line of sight (BVLOS). If drones can be safely integrated into commercial airspace, commercial drones may soon become commonplace – used for deliveries, inspections, agriculture and even urban air mobility services that can carry tourists, serve offshore oil platforms and carry out emergency evacuations.

In addition to carrying cargo, small autonomous passenger drones are undergoing testing. Uber plans to test its air taxi technology in 2020, with the aim of launching commercial operations from 2023. Dubai,

Singapore and China are among the states and countries embracing the technology with plans to launch passenger services in the coming years.

One of the world’s largest manufacturers of consumer drones recently announced that its drones will be equipped with ADS-B sensors from 2019, which will enable them to be seen and tracked by other aircraft and air traffic control. However, BVLOS flight has some significant regulatory and safety challenges ahead. Switzerland recently suspended a medical drone delivery service after the vehicle crashed close to a pre-school. The drone service, which delivers samples to Swiss hospitals, had made over 3,000 successful flights since its launch in 2017.

Drones have become safer as the technology has improved. However, the regulatory landscape continues to lag behind technological advancement as we are seeing in the continued growth of the unmanned autonomous flight sector. With many companies investing in this technology, there will be another learning curve in aviation and drone safety.