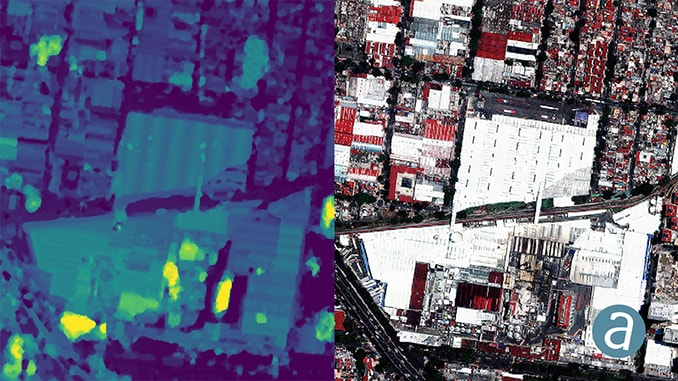 DSMs covering hundreds of square kilometers are quickly generated by the software. Key metrics to estimate solar potential are then derived, including roof orientation, pitch and shaded areas.

“We have been impressed by the quality of SimActive’s DSMs, especially considering the limited spatial resolution of the imagery”, said Rob Beck, Managing Director at NEO B.V. “Another definite advantage of Correlator3D is the simplicity of the workflow, making it easy to use by our team.”

About NEO B.V.
NEO is an innovative independent Dutch company established in 1996. The focus has always been on the automated production of image-based Calls-to-Action for customers, enabling better decisions and increasing efficiency. NEO operates in markets for information services in agriculture, environment, infrastructure management (pipelines, etc.) and the updating of map-based registrations. Most of our turnover is created in The Netherlands, but NEO works on 4 continents. See www.neo.nl. There is a scoop: NEO is the first company on the planet to assimilate multiple VHR-satellite coverages per year for an entire country (The Netherlands).
The imagery is used to detect changes in all buildings, trees, roads, watercourses and sometimes smaller objects as solar panels. From the detected spatial changes CtA’s are produced for hundreds of customers.