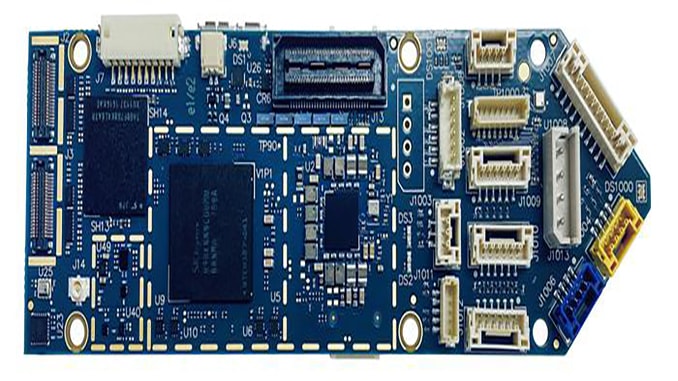 ModalAI released VOXL Flight today, the first open-development platform for autonomous drone navigation that fuses a companion computer with a PX4 flight controller on one printed circuit board (PCB).

VOXL Flight reduces cabling, cost, size and weight compared to using two independent boards, creating a plug-and-play solution drone manufacturers and makers can implement to get to market sooner and increase profitability. The platform is also compliant with the National Defense Authorization Act of 2020. The VOXL Flight PCB and kit is now on sale at http://www.modalai.com/products/voxl-flight.

VOXL Flight is a computing and communication platform that utilizes the smartphone ecosystem to create a highly-integrated autonomous navigation system to fly drones beyond visual line of sight. It integrates the following technologies:

The Drone Origin Security Enhancement Act, which is currently making its way through the U.S. regulatory process, requires that all drones used for security and defense applications by the Department of Homeland Security (DHS) be made of components manufactured in the U.S.

Modal AI designs and manufactures all of its printed circuit board assemblies in Southern California, making VOXL Flight compliant with both federal acts. VOXL Flight is an outcome of ModalAI’s efforts with the Department of Defense’s Defense Innovation Unit to provide the armed forces with state of the art technology for Group 1 Unmanned Aerial Systems (UAS) in the field.

In addition to security applications, ModalAI’s products are used commercially. Consumer applications include delivery of medical supplies, food and packages to both urban and remote locations. In industrial sectors, drones are ideal for agricultural, structural, warehouse and underground inspection to provide advantageous aerial views and to keep workers safe.

Enhanced Flight Control with Expandable Features
VOXL Flight utilizes the Qualcomm® Flight™ Pro UAS technology, one of the industry’s fastest processors for camera, security and communications technologies for drones. The VOXL platform is compatible with open-source technologies, including Linux, PX4 and the Robot Operating System (ROS), creating a flexible software architecture for a large number of applications.

VOXL Flight is software compatible with VOXL and supports the following add-ons:

Purchase the VOXL Flight PCB for $549 or the kit for $599 at http://www.modalai.com/products/voxl-flight.

About ModalAI
ModalAI accelerates autonomy by providing innovators with robot and drone perception and communications systems that are manufactured in the U.S.A. The company’s highly-integrated AI-powered modules empower a variety of industries to utilize aerial and ground autonomous navigations systems that communicate on 4G and 5G cellular networks. Offering both start-to-finish custom design services and plug-and-play computing platforms, Modal AI helps manufacturers and independent builders get to market quickly and affordably.

Based in San Diego, California, ModalAI spun out of Qualcomm® in 2018 and leverages more than five years of prior research and development in the drone and robotic markets.