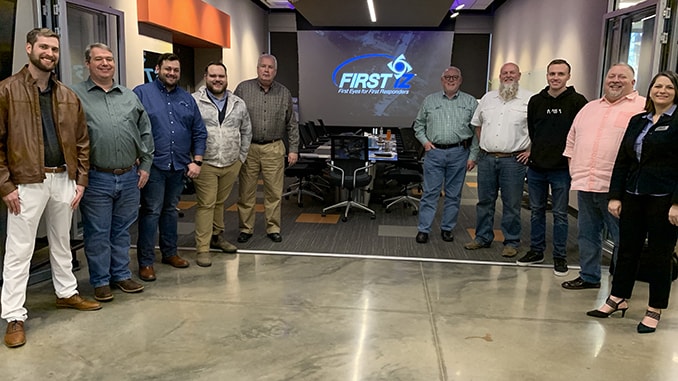 FIRST iZTM, a patent-pending unmanned aerial system (UAS) allowing drones to be dispatched autonomously by 911 operators, announced today it has partnered with Hush Aerospace (HUSH) to design and manufacture airframes in the USA, to be used in the FIRST iZ solution.

“We are thrilled to partner with HUSH,” said Phil Burks, founder of FIRST iZ and CEO of The Genesis Group, “Their experience in developing unique and innovative unmanned aircraft for NASA and other government projects makes them a perfect fit, especially considering the special requirements of government-funded public safety entities. Furthermore, HUSH’s attention to detail and track record of delivering top quality products on time is unmatched. They have exceeded our expectations.”

“FIRST iZ is exactly the company we were hoping to work with,” added Bernie Rice, Board Chairman of HUSH, “We want to make a positive difference in the world with our innovative technology, and FIRST iZ gives us the opportunity to manufacture drones that will inevitably save lives. There’s no better feeling.”

The FIRST iZ ecosystem begins with FIRST PortTM, a smart, weather-protected, temperature-controlled droneport that houses the UAV between flights. The system also includes a novel navigation software package called Genesis PULSE® for autonomous drone operation, and UAVs designed for optimum flight times to arrive first on a scene. The newest FIRST iZ UAV models include a folding-wing hybrid Vertical Takeoff and Landing (VTOL) drone, capable of 90-minute flight times and upwards of 75 miles per hour flight, designed to cover large distances and to be deployed to incidents as fast as possible. The second model is a quiet quadcopter, with a 1-hour flight time, designed for surveillance use, or times when hovering for extended periods is needed. The FIRST iZ and HUSH partnership envisions deploying to over 3,000 municipalities in the next seven years, saving time and saving lives.

FIRST iZ will debut the new FIRST Port, Hybrid VTOL, and Quadcopter at the AUVSI XPONENTIAL show in Boston, MA, May 5-7.

FIRST iZ is a Phirst Technologies, LLC company. All FIRST iZ products, hardware and software, are proudly manufactured in the United States of America.