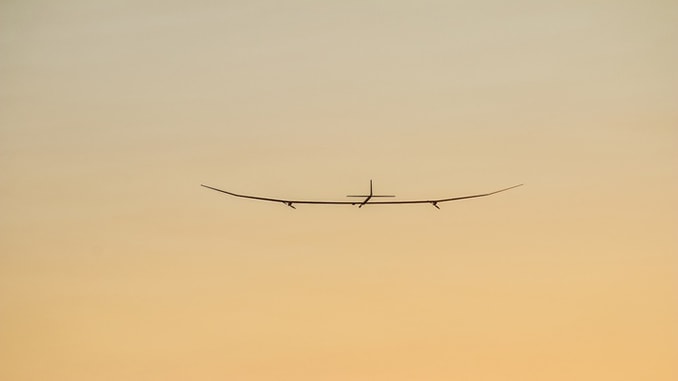 Designed to stay airborne for up to a year, PHASA-35 is touted by BAE Systems as being a ‘game-changer’ with the potential to bridge the gap between satellite and aircraft surveillance and reconnaissance capabilities.

The aircraft has undergone a rapid design and testing process, going from concept to first flight in 20 months under a partnership between BAE Systems and its subsidiary Prismatic.

The aircraft is designed to operate in the stratosphere providing a persistent and cheaper alternative to using satellites for the same operations.

BAE Systems engineering director Ian Muldowney said: “This is an outstanding early result that demonstrates the pace that can be achieved when we bring the best of British capability together.

“To go from design to flight in less than two years shows that we can rise to the challenge the UK Government has set industry to deliver a Future Combat Air System within the next decade.”

BAE Systems’ PHASA uses solar power to operate during the day, swapping to battery power to stay airborne during the night; a combination which BAE Systems says could enable it to operate for up to a year before having to land.

In a press release, BAE Systems said the system was capable of providing a ‘persistent, stable platform for monitoring, surveillance, communications and security applications’ which when combined with existing sensors can provide capabilities that do not exist elsewhere.

The system can also be used to host 5G or other networks, providing network capabilities to a fixed area that may otherwise be too remote for conventional communications equipment to reach.

BAE Systems says it plans to conduct further flight trials of the PHASA over the course of the next year.

In 2019, Airbus completed a near 26-day test flight of its Zephyr S High Altitude Pseudo-Satellite, which like the PHASA Airbus aircraft also uses solar power to operate for extended periods in Earth’s upper atmosphere.