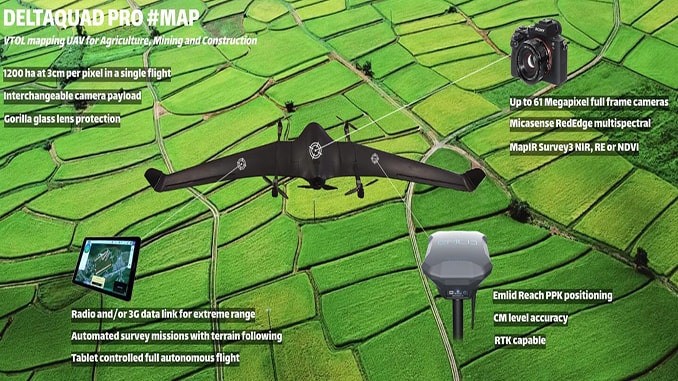 This camera system has now been integrated on the DeltaQuad Pro #MAP VTOL UAV. With this sensor the vehicle can produce imagery down to 0.4cm/px or cover up to 1200 hectares at 3cm/px in a single flight. A full coverage sheet is available here.

Vertical Technologies is a Netherlands based manufacturer of commercial grade VTOL drones for Surveillance, Transport, Mapping and Inspection.

No Replies to "DeltaQuad First Mapping VTOL With 61 Megapixel Sensor"