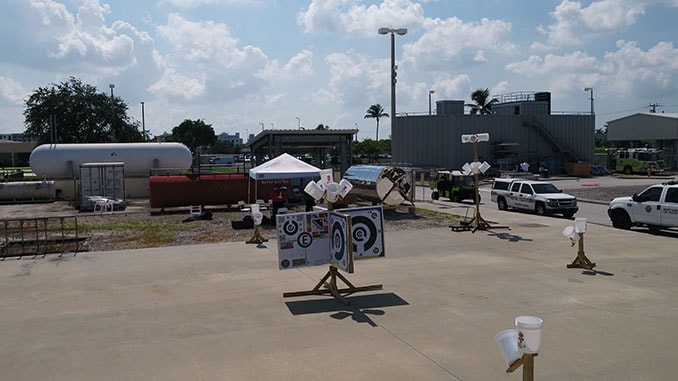 Among the conclusions that DRONERESPONDERS uncovered, the growth to maturity of many existing public safety UAS programs remains inhibited by a lack of funding, resources, and formalized standards surrounding remote pilot training and flight operations.

As the sector awaits training standards to materialize, DRONERESPONDERS is recommending that public safety UAS program managers move swiftly to incorporate Position Task Book (PTB) tracking tools to help their train remote pilots and verify performance qualification testing prior to assigning flight crews to operational duties.  According to DRONERESPONDERS research, less than 40% of public safety UAS operations are currently using some form of PTB’s to qualify their remote pilots.

“While a lack of program resources and finding is continuing to hamper the growth of many public safety drone operations, there are some low-cost solutions that can be quickly adopted to improve safety,” says Justine Hollingshead, Chief of Staff for the DRONERESPONDERS program.  “The use of PTB’s is a proven tool to help train and certify key personnel.  We urge all UAS programs to move quickly towards implementing them.”

DRONERESPONDERS plans to introduce a PTB template for public safety UAS departments to begin using in January 2020.  The document will be based on generally accepted remote pilot skill sets, and serve as a stop-gap measure as the sector continues to await the creation of formal public safety UAS training and operational standards.

Other key findings from the Public Safety UAS Flight Training and Operations, report include:

1.     Public safety UAS program managers remain skeptical about the ability of most external contractors and vendors to train drone operators beyond their FAA Part 107 certification.

2.     The proficiency of many remote pilots in the public safety sector remains questionable due to a lack of training standards, collateral duty requirements, and limited flight hours.

3.     Standardization for public safety UAS operations can only be accomplished by a consortium of capable partners who achieve buy-in from key sector stakeholders.

DRONERESPONDERS is also recommending the NIST Standard Test Methods for Small Unmanned Aircraft Systems as the system that UAS program managers should use in conjunction with PTB’s for evaluating pilot proficiency.  Developed in concert with the Science and Technology Directorate of the U.S. Department of Homeland Security, the “NIST course” – as it is commonly referred to – quantitatively measures both the system capabilities of the drone, as well as the competence of the remote pilot, in carrying out basic flight maneuvers.

“Incorporating the training principals of the NIST course will help ensure that remote pilots have the basic skill sets needed to effectively operate drones across a wide variety of missions,” says Hollingshead.  “It is also one of the most scientifically-validated UAS training methods that we have seen to date.”

The Public Safety UAS Flight Training and Operations report marks the fourth and final DRONERESPONDERS research initiative for 2019.  To download a complimentary copy of the DRONERESPONDERS report, visit: http://research.droneresponders.org