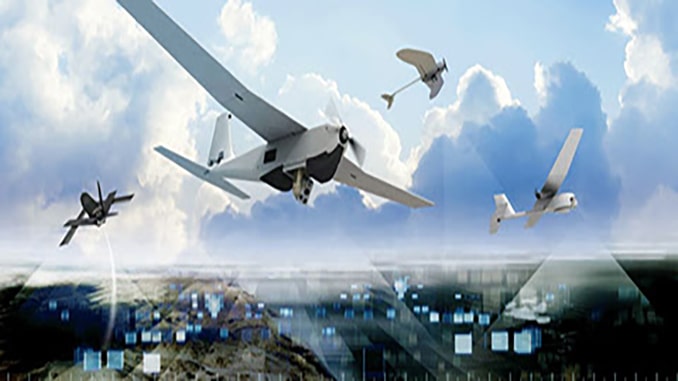 AeroVironment, Inc. , a global leader in unmanned aircraft systems (UAS), today announced a major Middle Eastern ally awarded the company a firm fixed-price contract valued at $11,999,992 on October 25, 2019 for logistics support, spares, and repair services in support of its existing fleet of AeroVironment’s Puma™ AE and Raven® B tactical UAS. The contract award period of performance is two years.

“Our United States and global customers require reliable, rugged and combat-proven tactical unmanned aircraft systems that defense and security personnel can deploy immediately from their rucksacks without the need for runways or other launch logistics,” said Rick Pedigo, vice president of sales and business development for AeroVironment.  “This order builds on our fast-growing international customer base as more allied forces rely on our innovative systems to proceed with certainty on the frontlines.”

The AeroVironment Puma AE is a fully man-portable unmanned aircraft system designed for land and maritime operations. The hand-launched Puma AE has a wingspan of 9.2 feet, weighs 15 pounds and operates for up to 2.5 hours at line-of sight range of 20 kilometers with a standard antenna, and up to 60 kilometers with AeroVironment’s Long-Range Tracking Antenna.  Capable of landing in water or on land, the all-environment Puma, with its Mantis i45 sensor suite, empowers the operator with extended flight time and a level of imaging capability never before available in the small UAS class.

The RQ-20A/B Puma™, Puma™ LE, RQ-11B Raven®, RQ-12A Wasp®, together with VAPOR® Helicopter UAS  comprise AeroVironment’s family of tactical Unmanned Aircraft Systems. This Family of Systems provides increased capability to the warfighter that gives ground commanders the option of selecting the appropriate aircraft based on the type of mission to be performed. This increased capability has the potential to provide significant force protection and force multiplication benefits to small tactical units and security personnel. AeroVironment provides logistics services worldwide to ensure a consistently high level of operational readiness. AeroVironment has delivered thousands of new and replacement tactical unmanned air vehicles to customers within the United States and to more than 45 allied governments.