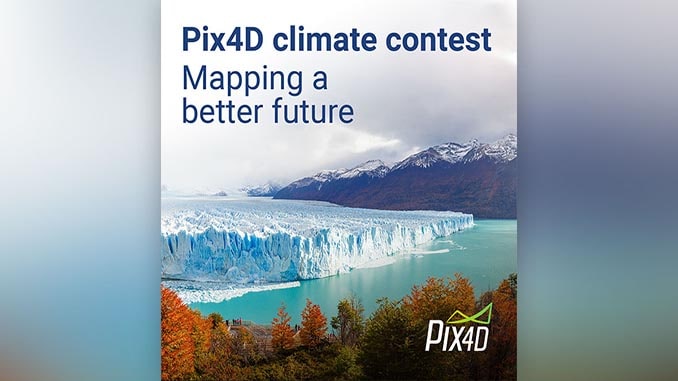 ​Photogrammetry software company Pix4D has launched its first-ever ​Climate Contest​. People from around the world are invited to submit a project which uses mapping to investigate or mitigate the climate crisis for the chance to win up to a $3,000USD cash prize and access to Pix4D software.

From tracking melting​ glaciers in rural Kyrgyzstan​, to counting the cost of​ storm-damaged crops in Puerto Rico​, to​ mapping chimpanzee nests in Tanzania​, Pix4D software and #dronesforgood is already helping scientists and citizens prepare to
meet the climate crisis. The Pix4D Climate Contest offers changemakers support to get their project off the ground.

For more information and to enter: ​https://www.pix4d.com/climate-contest

About Pix4D
Pix4D (pix4d.com) develops cutting-edge software that converts images taken by hand, by drone, or by plane into accurate and georeferenced survey-grade 2D mosaics, 3D models and point clouds. Founded in 2011, Pix4D is rapidly expanding from its headquarters in Lausanne, Switzerland, to offices in Berlin, Madrid, Denver, San Francisco, Shanghai and
Tokyo.