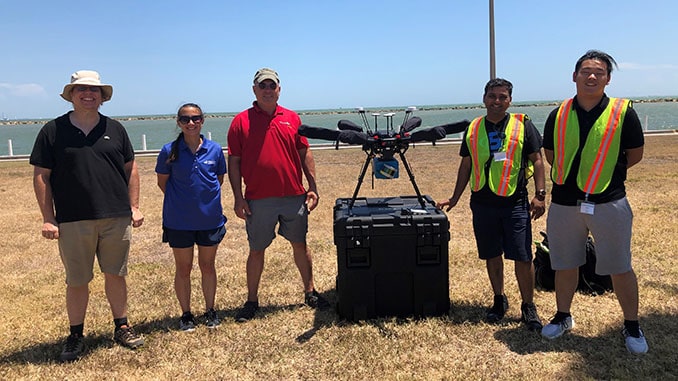 The full economic benefits of drones cannot be unlocked until they can be flown fully autonomously without a pilot watching every operation. NASA’s Unmanned Aircraft Systems Air Traffic Management (UTM) system is providing industry leaders with the opportunity to demonstrate to regulators that multiple aircraft can be flow in simultaneously in complex urban environments.

NASA and the FAA have just completed the final testing phase of its UTM to enable safe autonomous drone operations in cities. For five years, NASA has been testing the concept in phases, with the final phase concluding August 23rd in Corpus Christi, Texas.

An ecosystem from private industry has created UAS Service Supplier (USS) platforms to facilitate communication between unmanned air vehicles (UAV) and NASA’s UTM, which serves as oversight for the airspace. Other test partners supplied drones, pilots and additional services, such as Pittsburgh-based company, Near Earth Autonomy (Near Earth), who provided a drone with sensing/computing payload for handling contingencies requiring emergency autonomous landing.
Near Earth’s system is shown below on a drone flying over downtown Corpus Christi, TX. 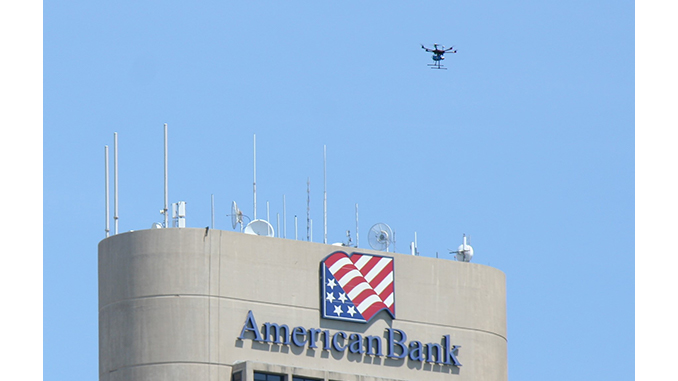 Collaborating with ANRA as their USS, Near Earth’s drone repeatedly demonstrated the ability to react to contingencies that required flying to the closest designated landing site and finding a safe place to land. Nearly twenty simulated and seven live vehicles simultaneously communicated with the USS providers who relayed data to NASA’s UTM during the experiment. Landing sites are evaluated by rapid three-dimensional reconstruction of the terrain using onboard lidar as shown below. Near Earth’s drone was able to land successfully over 25 times during the demonstration.

Jason Blevins, Lead Engineer at Lone Star, explains the importance of data components, “Communications are absolutely critical. When you take a concept like this into reality, everything is going to be web-based. Therefore, one of the purposes of the event is defining what successful parameters will look like.”

Sanjiv Singh, CEO of Near Earth, says, “The electric aerial vehicles that we enable to fly autonomously will make on-demand transport widely available while decreasing cost, congestion, and pollution.”

The demonstrations hosted by NASA were a critical collaboration between technical and regulatory stakeholders to prove they could manage commercial aviation in an urban environment. As regulators continue to support progress, new markets will emerge with dramatic increases to the speed and efficiency of transportation.

NASA plans to continue research into 2020 and to use the results of the UTM demonstration to assist the FAA in following with a nationwide system for flying drones in the low-altitude airspace.

About Near Earth Autonomy

Near Earth’s technology enables aircraft to avoid obstacles and fly safely, with or without GPS.  Near Earth’s solutions enable aerial mobility and inspection applications for partners in the commercial and defense sectors.

Bridging the gap between aerospace and robotics, their systems improve efficiency, performance, and safety for vehicles ranging from sub-meter drones up to full-size helicopters.  Near Earth’s work won the 2018 Howard Hughes Award recognizing outstanding improvements in helicopter technology and was selected as a 2017 finalist for the Robert J. Collier Trophy.