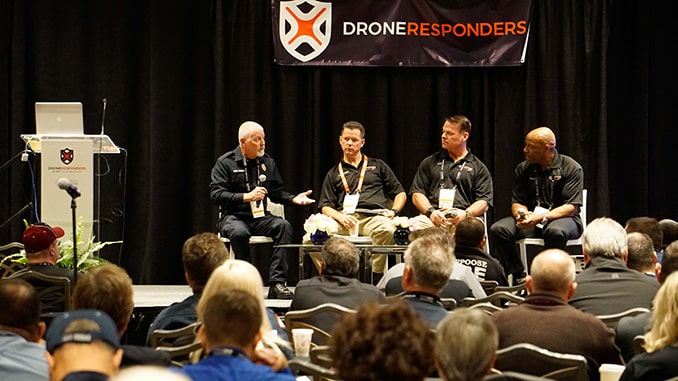 Released on Monday, the new DRONERESPONDERS report Commercial Vendors and the Public Safety UAS Sector highlights the top five most important issues affecting the public safety drone sector as: airspace authorizations and COA’s; beyond visual line of sight (BVLOS) operations, training; standards, procedures and certifications; and program budgeting.  These findings were based on the DRONERESPONDERS Public Safety UAS Survey conducted between August 25 and September 16, 2019.

DRONERESPONDERS then conducted focus group testing with attendees of the U.S. Public Safety UAS Summit to additionally validate the research findings.  These results pointed to the lack of UAS training and certification standards as being the most pressing issue facing first responders operating drones.  Rounding out the top five where: tactical BVLOS waivers; public outreach and education of drone operations; budgeting and grant funding; and data management.

“Up until now there has been widespread speculation that the lack of standards surrounding drone training and operating certification could be impacting the progression of public safety UAS programs,” says Chief Charles Werner (ret.), Director of DRONERESPONDERS.  “We now have double-validated research that proves that hypothesis.”

Werner says that without formalized standards, the UAS training and certification landscape is like a “patchwork quilt of home-grown training solutions” which threatens the ability of public safety agencies to build consistent operating practices between jurisdictions.

“The end result is that you might have drone teams from two separate agencies, trained in two entirely different protocols, showing up and trying to operate together at an incident scene,” claims Robinson.  “Without common standards, flight operations can become extremely difficult while threatening to create a potentially unproductive and unsafe environment.”

Other key findings from the Commercial Vendors and the Public Safety UAS Sector report include:

3.     The sweet-spot for manufactures to price a small UAS with combined visual and thermal/infrared remote sensing capabilities is between $2,000 and $5,000 USD.

“The DRONERESPONDERS public safety UAS summit really illustrated how far law enforcement, fire service, and other first responders have come in adopting unmanned aerial systems for a wide variety of missions,” said Robinson.  “DRONERESPONDERS has set a new standard on what a public safety drone conference should be.”

To download a complimentary copy of the DRONERESPONDERS Commercial Vendors and the Public Safety UAS Sector report, visit: http://research.droneresponders.org