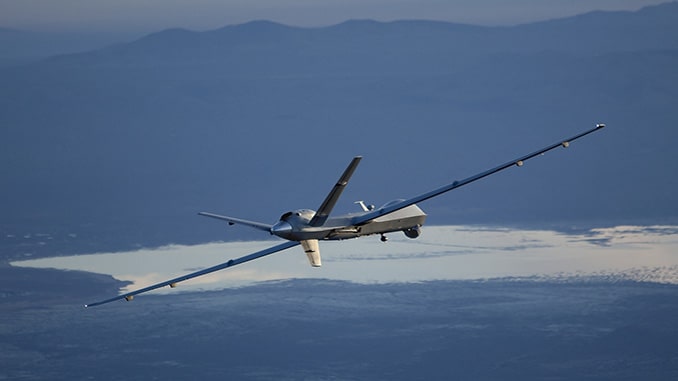 General Atomics Aeronautical Systems, Inc. (GA-ASI) today announced that its Predator®-series of Remotely Piloted Aircraft (RPA), which includes the Predator, Predator B, Gray Eagle, Avenger® and MQ-9B SkyGuardian® lines, has surpassed six million flight hours. The milestone was achieved on October 31, 2019 with GA-ASI aircraft having completed 430,495 total missions with close to 90 percent of those missions flown in combat.

“Six million flight hours is a testament to the reliability of our unmanned aircraft systems that are designed, built, and sustained by a dedicated group of skilled and innovative professionals for operations around the world,” said Linden Blue, CEO, GA-ASI. “In our more than 25 years in business, GA-ASI has achieved a list of historic ‘firsts’ in RPA development, and we have leveraged those accomplishments to better support our customer’s requirements.”

“The demand for persistent situational awareness using our RPA is demonstrated daily through the accumulation of flight hours. The demand for our aircraft is consistently answered by our team of employees, suppliers, and partners who work hard to meet our customers’ dynamic mission requirements,” said David R. Alexander, president, GA-ASI. “Because of the dedication of our employees, our suppliers and partners, our aircraft have the highest mission capable rate in the USAF aircraft inventory.”

GA-ASI has produced more than 900 aircraft and over 400 Ground Control Stations (GCS). In addition to RPA and GCS, GA-ASI also produces Processing, Exploitation and Dissemination (PED) systems as well as sensor payloads that deliver radar and video imagery, detect moving targets on the ground and over water, and provide Signal Intelligence (SIGINT) on signals of interest. GA-ASI also integrates the data products from these disparate sensors in real time via SATCOM data links to the GCS that can be correlated and displayed as actionable intelligence for use in Operations and Intelligence Centers around the world.