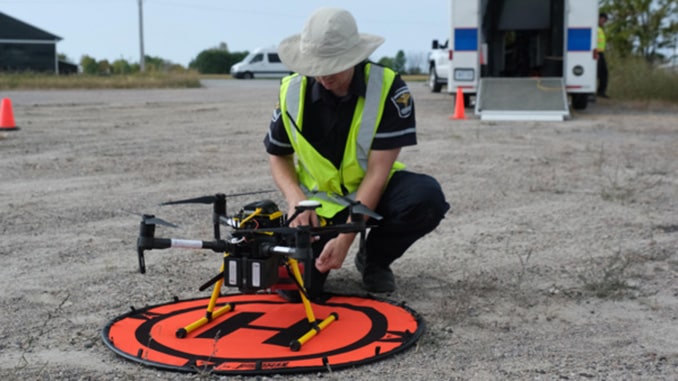 LTE-enabled delivery of life-saving equipment and emergency medical supplies via beyond-visual-line-of-sight (BVLOS) drones could see a 17-fold increase in the distance covered compared to current non-mobility-enabled alternatives. That’s just one finding from successful tests driven by health authorities in the Canadian province of Ontario, enabled by Ericsson LTE connectivity.

The September 21-22 tests saw automated external defibrillators (AEDs) consistently being delivered to specific GPS locations across a 16 km radius of Renfrew County more than seven minutes before paramedic vehicles arrived at the scene. Such time saving could be vital in real emergency situations.

Renfrew County says the trial results will be used to plan services to reduce time to treatment for people suffering cardiac arrest, and, in the future, those who need urgent medication in private, residential, or rural locations.

The drone flew via the LTE network to remote take-off points selected by GPS and landed successfully to deliver an AED to onsite researchers, who used it to treat a medical mannequin.

Renfrew County Paramedic, Chief Mike Nolan, says: “Given the large area and varied terrain that the county encompasses, it is often difficult to get emergency medical services to patients in a timely fashion. We have been successfully using drones to support our emergency responders for several years, but until now, the operators have had line-of-sight of the situation. We will now have further reach than ever.

“What’s particularly innovative and exciting about this trial is the potential of drone-delivered AEDs to have a transformative impact on emergency care for patients suffering cardiac arrest, especially those in remote private, residential or rural settings, where getting emergency treatment rapidly is vital.”

David Everingham, Chief Technology Officer, Ericsson Canada, says: “This trial is an illustration of Ericsson’s belief in Technology for Good. We are proud to partner in this innovative trial with multiple companies showing how 4G LTE networks and drones can be used to advance life-saving services.”