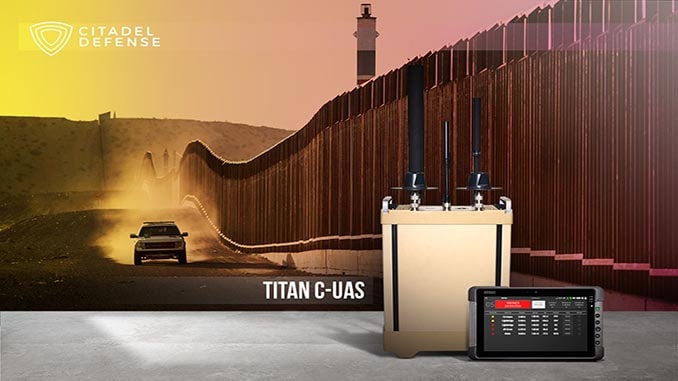 U.S. Customs and Border Protection agency and Darley Defense awarded Citadel Defense a contract for over $1M to protect areas along the southern border in Texas, Arizona, and California from drones posing a threat to national security.  Drones are being used by the cartel to transport illegal contraband and help migrants illegally cross the border.  CBP will use Citadel’s proven counter drone technology to prevent these drones from compromising border security.

Citadel’s CEO, Christopher Williams emphasized the importance of this significant deployment and how it improves the effectiveness of CBP patrols while simultaneously increasing the safety of patrolling agents.  “Drones have become a greater challenge along the border.  Our nation’s border agents deserve the safest and most advanced technology available.  Citadel’s automated solution provides front-line operators with awareness of drone threats and decision-making to respond faster than the adversary.”

Working alongside the Department of Defense, Department of Homeland Security and Federal Aviation Administration, Citadel’s technology was developed to minimize interference with communication signals and surrounding electronics.  Citadel’s Titan system is small, lightweight, and portable allowing it to be used at fixed locations, aboard security vehicles, or for dismounted operation at high risk locations.

CBP’s decision to award Citadel’s contract is based on deep technical validation, combat operational assessments, and mission-enhancing deployments.  When it comes to fighting enemy and threat drones, the military and U.S. government must field systems that can work in a variety of environments – Titan’s ability to limit impact to the electromagnetic spectrum offers superior advantages.

Citadel and CBP are working together to integrate counter drone technology with other systems.  The U.S. government and regulatory authorities continue to refine policies that will allow expansion of critical national security technology, like Citadel’s, to be deployed across the country.

Modernity Fund (mFUND) For Project “FreeRail” Approved With A Total Of 2.82 Million EUR