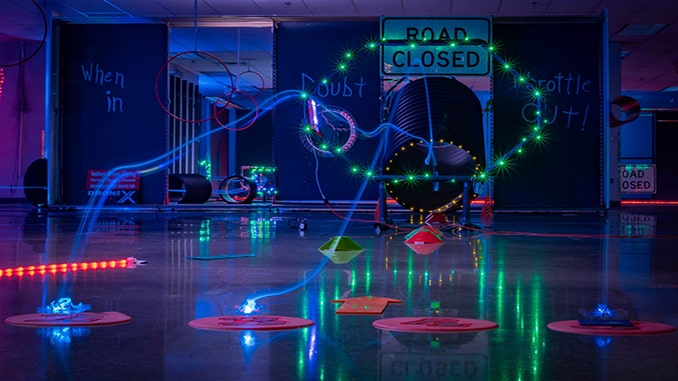 The IDRLC  is hosting a drone racing competition in New Jersey from September 28th through the 29th for microdrone pilots and enthusiasts. The event will be hosted in Flemington at the Drone Zone racing facility and education center for FPV Drone Flying. Depending on the total participants, pilots will have an opportunity to win a portion of the largest US prize pool ever in microdrone racing, worth up to $10,000.

“We are excited to host a microdrone racing event that is more family oriented and caters to pilots of all ages,” said Dan Javan, President and Founder of the IDRLC. “While the pilots are there to compete for the largest prize pool of its kind in the country, it is also a way for them to reconnect with the reason that several of them got into drone racing to begin with — having fun and establishing the sport. They all have fun while racing. Events like this sets the IDRLC apart from other sports leagues. We reward talent at face value irrespective of demographics like age, gender, and nationality. If you’re talented and want to participate, you are more than welcome to join us.”

The initial race will be the first for the IDRLC’s microdrone events, which also serves as a spectator sport at the racing facility and education center that is operated by members of the Academy of Model Aeronautics. All pilots competing must be a member of the IDRLC. Membership applications are being accepted online at https://idrlc.com/membership-registration/.

Suntuity (https://suntuitygroup.com) and its drone services division Suntuity AirWorks (https://SuntuityAirWorks.com), are the official co-sponsors of the event. Suntuity AirWorks provides drone financing and services through its nationwide network of operators and dealers and is on the forefront of drone and UAV technologies.

The IDRLC is a drone racing championship organization that is dedicated to bringing the world’s best pilots together to compete in unique, record-breaking events that are often the first of its kind. IDRLC’s June’s Spec Wing and Open Class Race events drew in some of the largest prize pools and top international pilots in drone racing history.

In addition to upcoming IDRLC-hosted events, the league will also be sponsoring the West Coast Throwdown in Roseburg, Oregon from August 22nd through August 25th, 2019 which is considered the largest annual freestyle-based FPV event on the West Coast.

Event details can be found at https://westcoastthrowdown.com/pages/event-info.