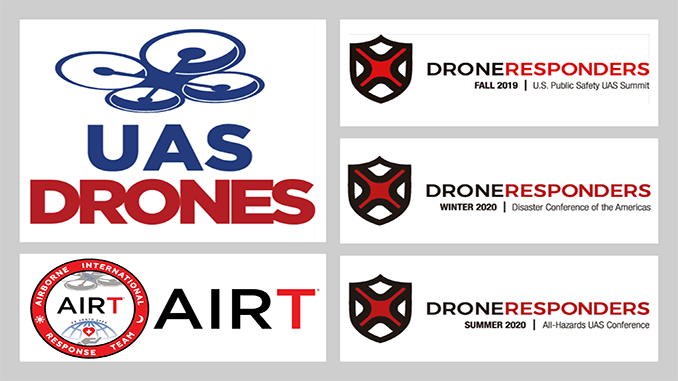 “The adoptions of drones for public safety and disaster response missions is quickly accelerating,” said Todd.  “We must evolve our conference programming to keep pace. The DRONERESPONDERS brand will allow us to expand our series of UAS-centric events to better cater to the various needs of the whole community.”

The UAS DRONES Disaster Conference was originally launched in April 2018 at Florida International University.  The series expanded to Miami and Los Angeles in 2019, exploring the role of drones for hurricane and wildfire response, as well as other types of public safety missions.

The first scheduled event under the new DRONERESPONDERS brand will be the Fall 2019 U.S. Public Safety Summit hosted in partnership with Commercial UAV Expo Americas at the Westgate Las Vegas Resort and Casino on October 29-30.  That event was announced last week along with a special summit pass available to public safety professionals at a reduced price through September 15.

Todd says it is highly likely that AIRT will add more events to the schedule as interest surrounding both unmanned systems and the DRONERESPONDERS program continues to explode.

“Having produced these events for the past two years, we understand how challenging it can be to host a conference,” says Todd.  “We believe the power of the DRONERESPONDERS brand, along with the amazing team of first responders who are supporting our non-profit mission, can assist other event organizers who desire top-tier public safety UAS-related programming for their audiences.”

For more information on the DRONERSPONERS program, their events, and how you can get involved, please visit http://droneresponders.org  To learn more about the various non-profit programs of AIRT, visit http://airt.ngo