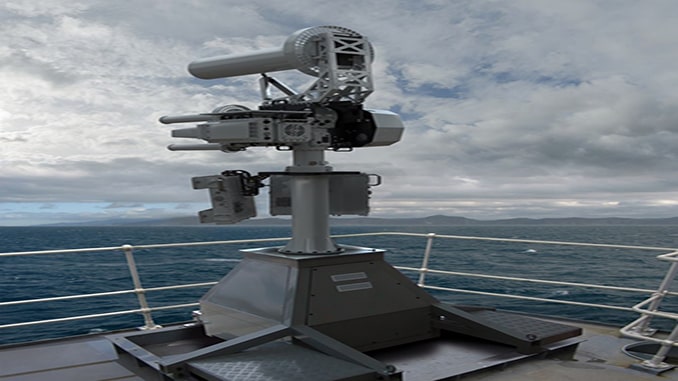 Liteye Systems, Inc, is excited and pleased to announce it is teaming with a red team strategic advisory company, Red Six Solutions, LLC. Liteye is the manufacturer, integrator, training, and services provider of the Anti-UAS Defense System (AUDS) currently being utilized by the U.S. Government for countering Unmanned Aerial System threats being used by adversarial militaries and terrorist organizations worldwide. With over $60M in government contracts, Liteye is an industry leader in the counter UAS market. Likewise, Red Six Solutions is a highly regarded red team company specializing in the global analysis of the small UAS threats. Red Six provides its clients “over-the-horizon” insights into the UAS challenges being posed against our military and law enforcement.

Kenneth Allen Geyer, CEO of Liteye System explains “Liteye is constantly improving our AUDS offerings to ensure they are an effective counter UAS system against relevant threats. Working with Red Six analysts allows Liteye to plan and test against emerging threats, ensuring the safety and mission of our military forces.” Mr. Geyer goes on to say “the modifications we’ve made to our original prototypes were largely based on red teaming exercises. Red Six provides that look into-the-future that has allowed AUDS to be effective in combat against threats being used by ISIS, Iran and others.”

Red Six Solutions has extensive knowledge and expertise in replicating the capabilities and tactics of UAS threats. According to Dr. Scott Crino, CEO, Red Six Solutions “Our industry leading experts travel the globe to learn about the threat and to assess the commercial counter UAS marketplace. Our technicians dive deep into the components being used or expected to emerge on battlefields around the world.” Dr. Crino said, “We can take the state-of-the-art components, build replica threat UAS and test them in relevant environments against Counter UAS systems like AUDS. Sharing this information with teammates like Liteye, gives them a significant advantage in maintaining their edge over the threats.”

Liteye and Red Six will continue to participate in US Government tests and exercises. Liteye will showcase AUDS and other Liteye capabilities this September, in Las Vegas at the InterDrone Conference and Expo 2019. There, Scott Crino will join Ken Geyer as a subject matter expert to explain the threat posed by UAS to the Warfighter, protected government facilities and critical public and private infrastructure.

About Red Six Solutions
Red Six Solutions is the foremost provider of UAS threat reporting and emulation for the United States government, with particular strength in the fast-growing area of sUAS aircraft and tactics. Red Six has provided flight support for almost every entity in the Department of Defense and the U.S. intelligence community. Red Six pilots have flown against virtually every counter UAS system being used by, or being marketed to, the U.S. government and is currently a leading UAS threat assessment provider to the Department of Homeland Security, U.S. Marine Corps and U.S. Air Force.