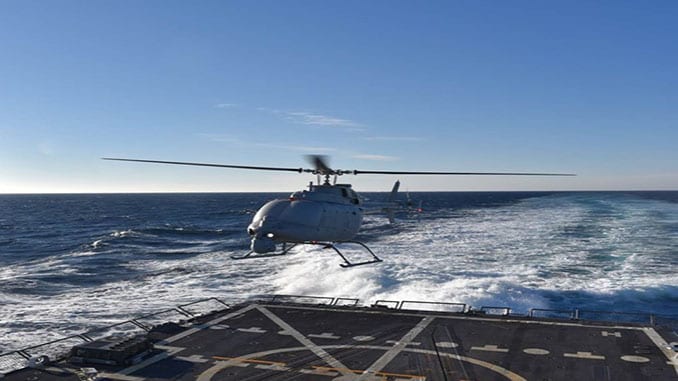 “This milestone is a culmination of several years of hard work and dedication from our joint government and industry team,” said Capt. Eric Soderberg, Fire Scout program manager. “We are excited to get this enhanced capability out to the fleet.”

The Northrop Grumman-built Fire Scout complements the manned MH-60 helicopter by extending the range and endurance of ship-based operations. It provides unique situational awareness and precision target support for the navy.

The MQ-8C variant is an endurance and payload upgrade to its predecessor, the MQ-8B, offering up to twelve hours on station depending on payload, and incorporates the commercial Bell 407 airframe.

The MQ-8C will be equipped with an upgraded radar that allows for a larger field of view and a range of digital modes including weather detection, air-to-air targeting and a ground moving target indicator (GMTI).

It will deploy with LCS in the fiscal year 2021 while the MQ-8B conducts operations aboard LCS in 5th and 7th Fleets.