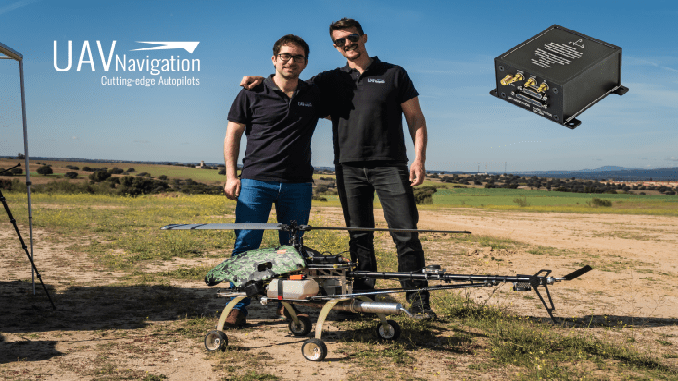 One of the basic and most important skills that any human helicopter pilot learns and must practice on a regular basis is the ability to autorotate safely. This is so that in the event of engine or tail rotor failure the aircraft can be safely descended and landed under control. Although there are obviously no human aircrew, for helicopter UAVs there is also a requirement to minimize (or indeed eliminate) any danger to people on the ground and also any damage to the UAV which might be caused by an engine or tail rotor failure.

Autorotation is defined as a state of flight in which the main rotor system of a helicopter or similar aircraft turns by the action of air moving up through the rotor disc, as with an autogyro, rather than engine power driving the rotor. Autorotation is therefore analogous to the gliding flight of a fixed wing aircraft.

In normal powered helicopter flight, air is drawn into the main rotor system from above and exhausted downward, but during autorotation, air moves up into the rotor system from below as the helicopter descends. Autorotation is permitted mechanically because of both a freewheeling unit, which allows the main rotor to continue turning even if the engine is not running, as well as aerodynamic forces of relative wind maintaining rotor speed.

The use of an autopilot to make a controlled autorotation descent can be split into two phases:

UAV Navigation’s VECTOR autopilot is one of very few autopilots to have a fully functional autorotation capability. This capability was developed as part of the requirement for a Tier1 customer using an Enstrom 480B helicopter which was converted from a standard manned aircraft into a UAV in 2017. The functionality has been further tested and demonstrated on other smaller UAVs, including a conventional configuration 2m rotor disc, piston-engined helicopter.

For more information about the VECTOR’s autorotation capability and to learn how it can be used to enhance helicopter UAV platform security, please do not hesitate to contact UAV Navigation

MMC Partners Up With Yuneec In Pursuit Of Best UAV Solutions