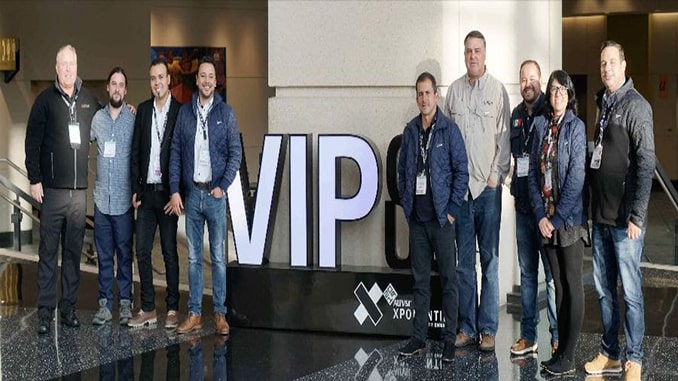 The Airborne International Response Team (AIRT), a Florida-based 501(c)3 non-profit and non-governmental organization has announced a new partnership with the Asociación de Profesionales de Drones (APD), a specialized professional organization based in Bogotá, Colombia with a presence in six countries in Latin America, to promote the use and standardization of unmanned aircraft systems (UAS) and associated technologies throughout the Caribbean and Latin America for emergencies and disasters.

The memorandum of understanding also calls for mutual-aid and support capabilities for disaster preparedness, response, and recovery capabilities for complex incidents and significant emergencies such as hurricanes, earthquakes, mudslides, and a range of other disasters.

“APD has established itself as a leader in the commercial use of drones throughout the lower Americas,” said Christopher Todd, Executive Director of AIRT.  “We welcome the opportunity to help educate and train multinational public safety personnel on how to use unmanned aviation technology and related systems for emergency operations.”

Todd says the partnership will seek to leverage the many relationships each organization has already established – such as AIRT’s relationship with the Academy for International Disaster Preparedness at Florida International University (FIU) and the DRONERESPONDERS Public Safety Alliance program led by Chief Charles Werner (ret.).

“We are excited to work with AIRT and partners like FIU and DRONERESPONDERS to help deliver specialized drone training to Latin American first responders,” said Pablo Heredia Cantillana, Executive Director of APD.  “There is an incredible need for knowledge and training on how UAS can help combat the many emergencies that continually affect our region.”

While Miami and Bogotá will each serve as the primary coordinating centers for join-operations between AIRT and APD, Heredia Cantillana says operating bases will be established in key cities throughout the Americas to train personnel and maintain readiness for emergencies.

“Our goal is to ensure that each of our APD member countries is capable of quickly responding to a disaster with drones and maintaining effective flight operations for the first 96 hours,” says Heredia Cantillana.  “This will allow time for our international partner UAS teams to respond to the incident.”

In addition to the training staff, the creation of highly mobile, rapid response flight teams with Spanish-speaking skills will be essential for the response capabilities, according to Todd.  He would like AIRT team members to possess expert knowledge in areas such as UAS technology, disaster operations, and even diplomatic protocol.

“Ultimately, it’s all about your team,” says Todd.  “How they work, play, and face adversity together will ultimately dictate operational success.  We believe that APD has established an exceptional team and we are looking forward to working with them to help save lives throughout the Americas.”

About AIRT
AIRT® (Airborne International Response Team) is a Florida-registered 501(c)3 non-profit organization that provides innovative aviation and aerospace resources to help prepare for, respond to, and recover from complex emergencies and major disasters. AIRT is building the World’s Largest Air Force® for #aviationforgood. Our global remote pilot network is ready to #getup whenever disaster strikes.

About APD
The Asociación de Profesionales de Drones (APD) is a specialized professional organization based in Bogotá, Colombia with a presence throughout six Latin American countries.  APD is focused on representing, promoting and defending the well-being of all its members regarding their scientific, academic, social and commercial activities conducted with drones/UAS.