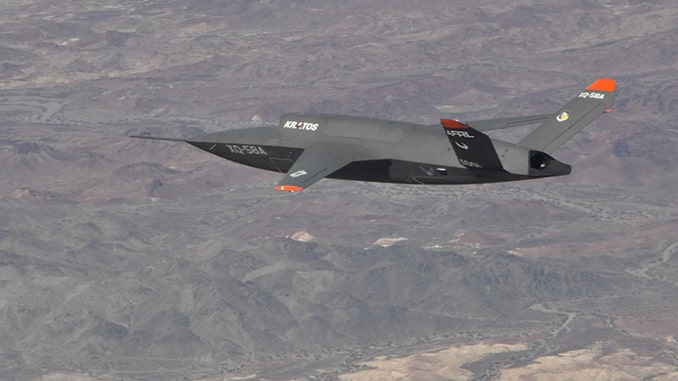 The XQ-58A Valkyrie demonstrator has performed in line with expectations during the test flight, which lasted 71 minutes. The test comes after the drone underwent a 72-minute demonstration flight in March.

Kratos Defense & Security Solutions developed the XQ-58A UAV in partnership with the Air Force Research Laboratory (AFRL) under the Low Cost Attributable Strike Demonstrator (LCASD) Program. AFRL invested in the collaborative development as part of its low-cost aircraft technology (LCAAT) portfolio, which seeks to reduce time and cost in the development of tactical aircraft.

AFRL XQ-58A program manager Doug Szczublewski said: “The XQ-58A is the first LCAAT flight demonstrator with (unmanned aircraft systems) technology to change the way we fly and fight, and build and buy.”

The UAV is scheduled to undergo a total of five planned test flights. During these demonstration flights, the XQ-58A will be tested for system functionality, aerodynamic performance, and its launch and recovery systems.

Kratos unmanned systems division president Steve Fendley said: “With this most recent milestone, the readiness of the XQ-58A is accelerating and increasing the near-term application opportunities for the system.

“I am extremely proud of our development, production, and test teams who continue to deliver successful results, in record time, on our comprehensive system level efforts, rare within the aerospace and defense industry.”

Designed to operate without a runway, the XQ-58A can perform long-range flights at high-subsonic speeds. The multi-mission drone is capable of carrying and deploying weapons or surveillance systems.

The UAV has the capability to fly in tandem with manned combat aircraft.