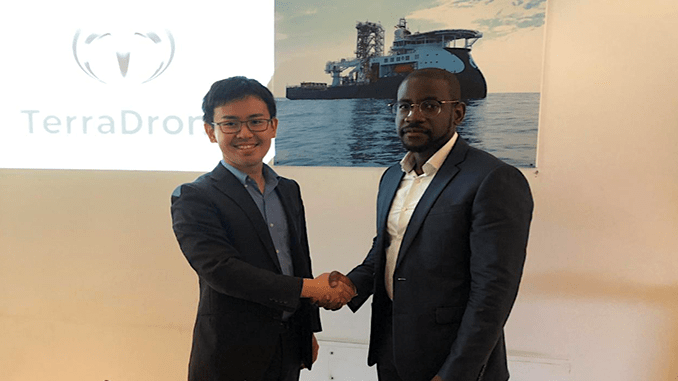 Japan-based Terra Drone Corporation , one of the world’s largest providers of industrial drone solutions, has extended its commitment to the African region by setting up a new branch, Terra Drone Angola. The decision to establish a permanent presence in Angola came after receiving multiple contracts from major oil and gas companies in West Africa.

Terra Drone’s expertise in drone-based flare inspection, thermal analysis, thermal leak detection, gas detection, and structural inspection allows it to provide high-quality data to oil and gas companies at a low cost. A major advantage of using drones for oil and gas industry is that unmanned technologies eliminate the need for any scaffolding and rope access or even costly shutdown of process plants.

Terra Drone Corporation is convinced that Angola has great potential in the industrial drone market and the establishment of this new entity reinforces the company’s commitment to the Africa region.

Takumi Shiokawa, Director, Terra Drone Angola, says, “Angola is rich in both mineral resources like diamonds and underground resources like oil. The country is the second largest oil and gas producing nation in Africa. The economy of Angola is growing rapidly, and it is expected that the demand for topographic survey and inspection of oil and gas facilities and infrastructure development will increase significantly.”

Terra Drone is known in the drone industry for its strategic collaborations with cutting-edge technology companies. Terra Drone already has more than 25 group companies in its network and this number is only growing. If you also want to support Terra Drone in its quest to generate aerial innovations that have a great impact on the society, write to info.en@terra-drone.co.jp to learn more.