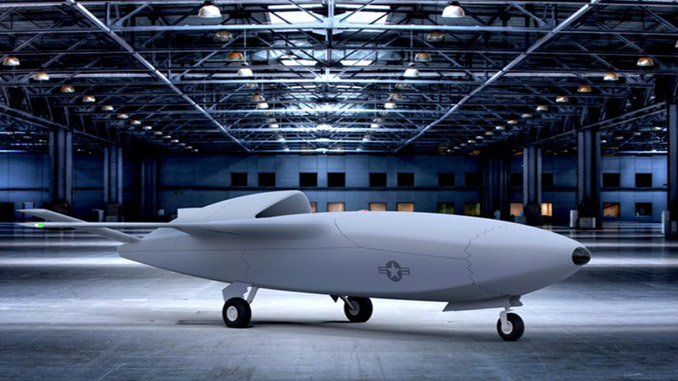 The US Air Force’s artificial intelligence (AI) Skyborg programme has plans to develop a prototype of the autonomous unmanned combat aerial vehicle as early as 2023.

Strategic Development Planning and Experimentation, which is part of the US Air Force Research Laboratory (AFRL), issued a request for information on 15 March to the industry as part of market research and concept of operations analysis.

This will help SDPE to better understand what technologies are currently available for its Skyborg program.

Skyborg programme manager Ben Tran said: “We know that when you couple autonomy and AI with systems like low-cost attributable, that can increase capability significantly and be a force multiplier for our airforce and so the 2023 goal line is our attempt at bringing something to bear in a relatively quick time frame to show that we can bring that kind of capability to the fight.”

AFRL Aerospace Systems Directorate engineer Matt Duquette will formulate an approach to the autonomy system for the Skyborg program.

Duquette comes with a background in control, autonomy, and modeling and simulation of unmanned aerial vehicles (UAVs).

He added: “Skyborg is a vessel for AI technologies that could range from rather simple algorithms to fly the aircraft and control them in airspace to the introduction of more complicated levels of AI to accomplish certain tasks or subtasks of the mission.”

This project builds on most of the foundational work that AFRL had carried out on AI through programmes such as Have Raider, and the Auto Ground and Air Collision Avoidance Systems.

AFRL sensors directorate official Patrick Berry said: “We’re looking at a range of vehicle performance parameters, mission analysis will help us determine what the final outcome is and the responses from the CRFI will help us understand what the performance is of currently available systems and whether those will meet the needs or not. Everything from keeping up with combat platforms to slower platforms for sensing. There will be a range of possibilities there.”

For the Skyborg programme, Berry will carry out modeling, simulation and analysis.

Currently, Skyborg is not intended for any particular type of aircraft platform; rather, it will feature an open systems architecture along with modularity in its sensing capabilities.

He said: “We’ve partnered with the 412th Test Wing at Edwards Air Force Base, California, and specifically an organization called the Emerging Technologies Combined Test Force and we’re working with them beginning with small, fast-moving UAVs to test the current state of the art in AI and autonomy in those airplanes and the ability for them to autonomously team and collaborate in flight.”