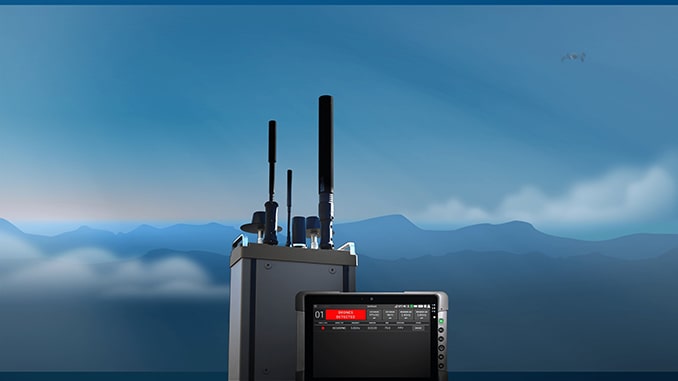 Drones have become an increasingly prominent nuisance in the skies as they have grown more accessible to the average consumer.  They are being adapted for nefarious use to traffic drugs along the border, conduct espionage, execute cyber-attacks, and have the potential to shut down an airport or damage a large aircraft.  After over 6 months of extensive government and military testing, Citadel Defense Company is announcing the official launch of their counter drone solution, Titan, at a time where the potential safety and security threats posed by drones has never been higher.

Designed and developed alongside U.S. warfighters and security experts, the Titan provides the user real-time information, identifying and classifying an approaching unmanned aerial vehicle or swarm, and selectively applying precise countermeasures to induce the UAV to land or return to its home base.  Citadel Defense uses machine learning, artificial intelligence, and software defined hardware technology to rapidly address new threats – making sure the effectiveness of protecting people and assets is always ahead of the ever-evolving threat.

Christopher Williams, CEO of Citadel Defense, explains why customers prefer Titan as their solution of choice for drone threat protection.  “The system’s ease of use coupled with the fact that it can operate in environments where communications are critical, like major cities, airports, or aboard large ships, provide users with a flexible solution for many missions.  Citadel’s escalating countermeasure approach is a unique advantage for customers because it can effectively detect, identify, and defeat drones with limited collateral affects to other important signals like WiFi and Bluetooth communications.”

Citadel Defense has emerged as an industry leader following more than ten successful government-hosted evaluations where many different counter drone technologies were compared against each other.  Success from these evaluations has helped Citadel Defense secure six government contracts.  Titan technology is trusted by commercial, government, and military customers to reliably protect some of the nation’s most critical assets, proving there is a solution to the growing threat posed by drones.

Citadel Defense is a counter-drone (C-UAS) technology company specializing in development and deployment of drone mitigation solutions for military, homeland security and commercial applications.  Our patented and proprietary technology has been operationally validated by commercial, Government, and military users including SOCOM, the US Navy, and the Department of Homeland Security.