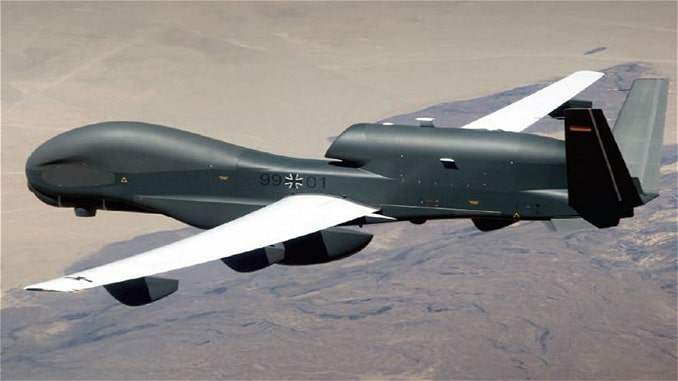 Canada has reportedly made a formal proposal to purchase a ‘mothballed’ high-altitude Euro Hawk surveillance drone from Germany.

Reuters reported citing a German Defence Ministry spokesperson that the Northrop Grumman-built aircraft was stripped of key equipment and demilitarised by the US in 2017.

The ministry is currently evaluating the bid. The report added that Nato is also likely to submit a bid for the drone.

Nato may use the drone to complement the fleet of five high-altitude unmanned Global Hawk planes for the Alliance Ground Surveillance (AGS) programme.

The $1.7bn deal for the five Global Hawk planes was signed with Northrop in 2012.

EuroHawk GmbH, Northrop Grumman and Airbus (formerly EADS) said in joint statement in 2013: “EuroHawk GmbH, Northrop Grumman and EADS remain fully committed to the Euro Hawk programme of record, and the critical capabilities the system will provide the German armed forces and its allies. The full Euro Hawk system, including the mission control system and the sensor, has performed flawlessly and safely throughout the entire flight test programme.

“Media reports that indicate there are challenges with the aircraft’s flight control system, as well as excessive costs associated with completing airworthiness certification, are inaccurate.”

However, the prototype aircraft has been parked at a German air base following the cancellation of the Euro Hawk unmanned aerial vehicle programme that same year due to price escalation and airworthiness issues.

Canadian media reported that the drone could be deployed by the government to monitor oil spills, ice levels and marine habitats in the remote Arctic region.

In 2000, Germany unveiled plans to procure five Euro Hawk drones in a deal worth €1.2bn. The country acquired only one prototype aircraft from Northrop Grumman.