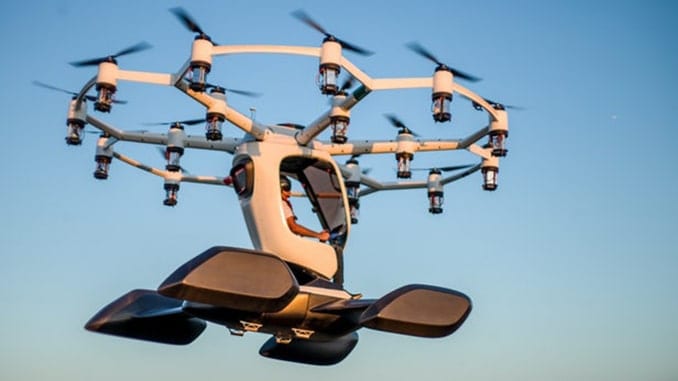 Matt Chasen, founder of uShip, is unveiling a new venture today called LIFT Aircraft™  LIFT has developed an electric, vertical takeoff and landing (eVTOL) aircraft and plans to open up LIFT locations where anyone will be able to rent aircraft and experience an entirely new kind of flying – pilot’s license not required.

“Flying is probably the oldest and most enduring of human aspirations. Personal aviation is available today but it’s only accessible to the lucky few with the money, time and skill to get the extensive training needed to fly traditional aircraft. At LIFT, we’re making flying so simple, safe and inexpensive that anyone can do it with very little skill or special training. We’re truly consumerizing flying for the first time in history,” says Chasen.

LIFT is launching the world’s first experiential entertainment business leveraging eVTOL aircraft, and plans to own and operate fleets of aircraft in scenic and uncongested areas near major metro areas, tourist destinations and entertainment hubs. After training in their virtual reality simulators, anyone over the age of 18, and up to 6′ 5″ tall and 250 lbs, will be able to fly for up to 15 minutes at a time.

“LIFT is doing for flying what iFLY does for skydiving – making an expensive and inaccessible experience available to everyone,” according to Alan Metni, the founder of iFLY Indoor Skydiving.

The aircraft, named Hexa™, resembles a large drone with 18 sets of propellers, motors and batteries. It has one seat for the pilot and weighs only 432 lbs – which qualifies it as a Powered Ultralight by the FAA so no pilot’s license is required to fly.

Electric multirotor aircraft fly using something called distributed electric propulsion (DEP), which allows an aircraft to be controlled simply by varying the speed of multiple electric motors – a task that is accomplished by flight control computers.

“The pilot is not flying the aircraft in the sense of traditional helicopters and fixed wing airplanes,”says Colin Guinn, a drone industry pioneer who has held leadership roles at DJI, 3D Robotics and Hangar Technologies. “With DEP aircraft, like with drones, the flight computer is keeping the aircraft stabilized and the pilot merely provides control inputs using a joystick.”

Chasen believes that modern drone technology and autonomy can be used to make flying ten-times safer than with today’s general aviation aircraft. “The vast majority of accidents are the result of pilot error – running out of fuel, controlled flight into terrain, flying in bad weather, etc.,” said Chasen. Hexa is semi-autonomous so, regardless of what the pilot does, it will only fly in a safe manner within the limits programmed into the autopilot computer.

“Autonomy is actually much easier in the air than for cars on the ground – there are far fewer obstacles, no roads, no traffic lights, and you have 3 dimensions to move around,” says Chasen. “For example, the aircraft is continuously calculating the energy required to return to home’ based altitude, wind speed and direction. Regardless of what the pilot does, the aircraft will automatically return and land when the battery approaches this level plus a reserve, and it can also automatically land in designated safe landing areas, if necessary.”

“LIFT’s safety will come not just from the simplicity and redundancy of the design, but also from the fact that flights will take place in very controlled environments – 3D mapped areas where on-board sensors and ground based radars can track every aircraft and obstruction… and flights will only take place in good weather conditions,” says Charlie Justiz, the former Chief of Aviation Safety at NASA.

Chasen and his international team of designers, engineers and flight technicians have been busy – in just the last year and a half they have designed, prototyped, manufactured, assembled and tested their first production design aircraft. After four months of unmanned flight testing, Chasen flew Hexa for the first time last month and says, “It was an absolutely thrilling experience – I think it will be the most exciting thing that most people do in their entire lives.”

Chasen thinks leveraging Ultralight eVTOL aircraft for recreational flying is a necessary step for the nascent eVTOL industry before it’s ready for commercial transportation. “Multi-seat eVTOL air taxis, especially those that are designed to transition to wingborne flight, are probably 10 years away and will require new regulations and significant advances in battery technology to be practical and safe.” Hexa’s “pure hover” design with rotors up high like a traditional helicopter was a result of Chasen’s desire to develop an aircraft that is safe, stable and can fly using technology that exists today. “We didn’t want to wait for major technology or regulatory breakthroughs to start flying.”

Companies ranging from small startups to aerospace giants like Boeing and Airbus are pursuing opportunities in this new eVTOL industry, including Uber – who is developing an air taxi service. “What’s unique about what we’re doing is that we’ll be flying years before anyone else – in fact, starting today we’re letting people join our waitlist for flights in 25 cities and will open up locations based on where we get the most demand,” said Chasen.