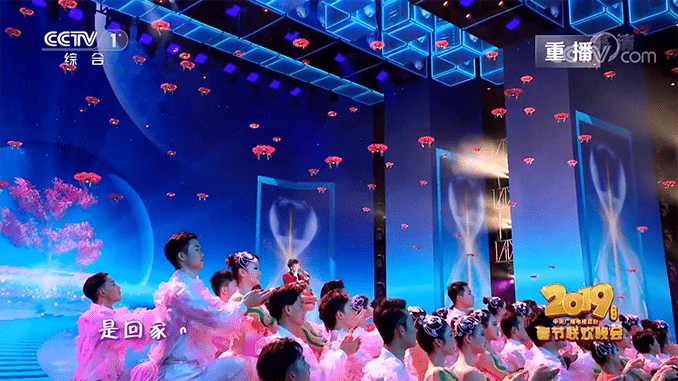 The CCTV (China Central Television) New Year’s Gala is the world’s most-watched TV program. This event was broadcast live to an estimated 1 billion viewers across the globe. With 88 Lucie® micro drones flying over performers in red Chinese lantern costumes, this is the largest number of costumed drones ever seen in a performance.

Sponsored by TikTok, a leading social media platform in Asia, the show opens to “The Distance of Time”, sung by popular singer Sun Nan and up-and-coming pop star Jason Zhang. As the song builds, 88 Lucie micro drones fly from the back of the stage like butterflies to dance above the 50 performers dressed as blossoming cherry trees.

“This stunning performance proves how compelling drones can be. More than just flying lights, we’ve shown that costumes can transform this technology into moving sculptures. This is the first large-scale performance ever done with drone costumes,” said Raffaello D’Andrea, founder of Verity and co-founder of Amazon Robotics.

The Chinese lantern costumes adorning the Lucie micro drones were all designed and produced by the world’s only drone costume designer and Verity employee, Léa Pereyre. Pereyre creates the costume design in CAD software before laser-cutting the materials and assembling the costumes. The drones feature special guards that have pre-defined slots to easily attach costume elements. This concept makes it easy to quickly create large numbers of costumes and transform drones
into moving pieces of scenography, props and even characters.

Leading Chinese smart media entertainment company, Keey Media, collaborated with Verity Studios on behalf of the main sponsor TikTok to produce the segment for the 2019 CCTV New Year’s Gala. Wan Li of Keey Media said he was excited to work with Verity to produce this spectacle:

“When the drones floated up from the back of the stage, it was a very special moment. We specialize in live entertainment, but we’ve never seen anything like this before. We see a lot of potential in this technology for entertainment and we’re excited to see what comes next.”

To learn more about Verity and see videos of previous shows, visit www.veritystudios.com.