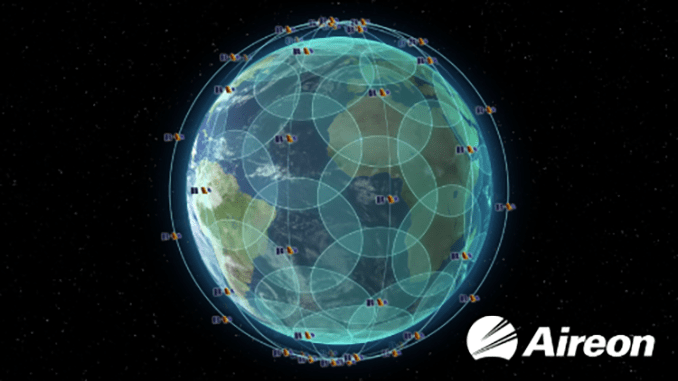 Aireon announced today it has formally received control of the final six Automatic Dependent Surveillance Broadcast (ADS-B) payloads from Iridium Communications. Hosted on the Iridium® NEXT satellite constellation, Aireon’s space-based ADS-B system will deliver–for the first time in history–100 percent global, real-time surveillance of all ADS-B equipped aircraft. This is a major company milestone and is one of the final steps toward a fully-operational AireonSM system.

“Now that we have full control over every ADS-B payload in orbit, we are just weeks away from going live with the Aireon system,” said Dennis Diekelman Senior Director of Program Management, Aireon. “Since I began working with Aireon and started on this journey in 2011, the Aireon technology has consistently out-performed all expectations. In collaboration with Harris, our partner who built the ADS-B payloads, to Northrop Grumman (formerly Orbital ATK), who integrated the payloads with the Iridium NEXT satellites, to Iridium, who stands by our technology and provides an incredible system backbone, this is a big achievement for not just Aireon, but everyone involved in making the Aireon service a reality.”

The Aireon system is scheduled to go live in the first quarter of 2019, beginning with operational trials over the North Atlantic Ocean with the Canadian and United Kingdom Air Navigation Service Providers (ANSPs), NAV CANADA and NATS. Additional deployment of the Aireon service will occur in NAV CANADA’s Edmonton airspace. Once fully operational, the Aireon system will provide air traffic controllers, airline operators and industry stakeholders with a complete, real-time, global picture of international air traffic. This capability will usher in an era of enhanced safety, as well as enable on-the-fly route adjustments, more direct flightpaths, improved fuel efficiency and increased predictability.