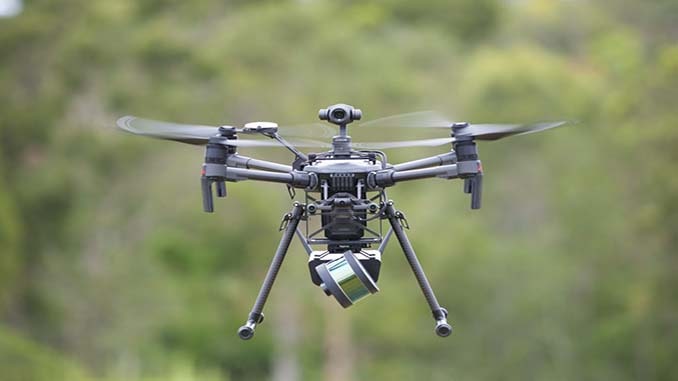 Hovermap is a self-contained plug-and-play payload which is easily integrated into a range of drones to provide them with advanced capabilities.

It includes omni-directional LiDAR-based collision avoidance and GPS-denied flight, allowing drones to be flown safely underground, indoors or up close to structures to inspect and map them.

“Hovermap is the first drone payload of its kind, using LiDAR to provide both mapping and autonomy functions. It allows drones to fly autonomously even in GPS-denied environments to collect valuable data that was not previously possible. This provides a step change in the data collection possibilities for Mining, Energy, Construction, Asset Management and many more”.

“There is increasing demand for these industries to digitise and remotely inspect their assets but access to hazardous areas and the lack of GPS has been a limiting factor until now. Hovermap’s unique capabilities are helping to overcome these hurdles”, says Dr Hrabar.

Hovermap keeps the drone a safe distance from assets while mapping them in great detail. Bridges, telecom towers, power transmission towers and industrial plant interiors are just a few examples that can now be mapped and inspected safely.

In the underground mining industry, Hovermap allows the mapping of hazardous inaccessible areas such as stopes and ore passes.

According to Dr Hrabar, “sending in a Hovermap-enabled drone to autonomously map and explore these areas keeps the surveyors safe and provides data at unprecedented resolution and quality. This data provides new valuable insights, leading to productivity gains and increased safety from better understanding of the geology”.

The commercial launch comes after more than five years of R&D by world-leading researchers in drone autonomy and SLAM-based LiDAR mapping, as well as extensive testing over the last 18 months by early adopters in the US, Canada, Australia, China and Japan.

Matt MacKinnon of Canadian-based UAS Inc. explains: “We’ve been using Hovermap to fly into inaccessible areas of underground mines to map them. We’ve conducted more than 60 commercial flights in 12 mines, capturing extremely valuable data for our clients without putting humans at risk. Hovermap truly is a game-changer for underground mining and other GPS-denied environments”.

Mr Shinji Inaba, president of Mirukuru Co., said that “they are proud to have been an early adopter of Hovermap since April 2017 and they are now an Emesent distributor in Japan”.

Drone Harmony Was Accepted To The ESA Business Incubator Switzerland