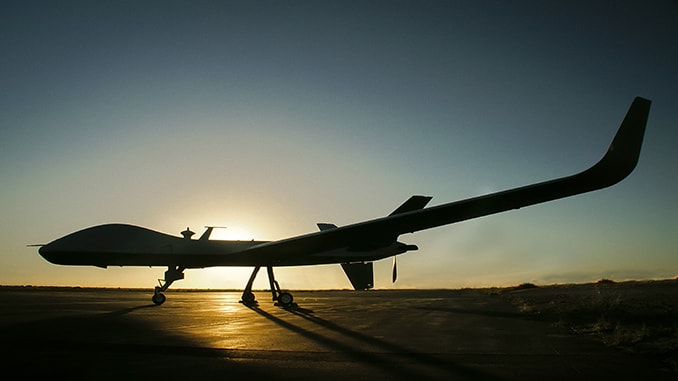 An Air Force MQ-1B Predator experienced an electrical failure and fell from the sky during a combat mission at an undisclosed location in the Middle East on Aug. 17, 2017, according to an investigation released Wednesday.


The Predator, which was deployed to a forward operating location in the US Central Command area of responsibility, was being flown by a crew from the 432d Wing at Creech AFB, Nev. It had just taken off and the crew at Creech was taking control from a launch and recovery element when the aircraft experienced an internal electrical failure.

The Predator crashed in a remote area and was totally destroyed, at a loss of $5.4 million.


The mishap happened weeks before another MQ-1 crashed elsewhere in CENTCOM, although the remotely piloted aircraft in the latter incident was not found.