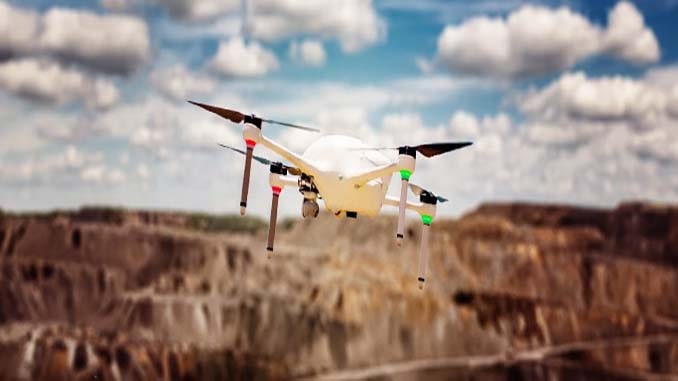 Leading automated drone startup Airobotics today announced record growth in 2018 and an expansion of its executive team in its new global headquarters in Scottsdale, Arizona, following a recent successful Series D funding round.

Airobotics, the only commercial drone solution worldwide permitted to fly without a human operator, also announced the introduction of LiDAR capabilities, which until a few years ago was only possible with an aircraft as the sensors were hefty and required manual data processing. Today, LiDAR images are captured and processed quickly in the cloud, allowing Airobotics’ customers to make effective decisions based on high-frequency, consistent data capture.

The use of LiDAR significantly reduces the time it takes for aerial data to be collected, even at night or in low light, and allows for rapid turn-around time on data processing. Airobotics’ drones can work with various payloads. In addition to LiDAR, spatial data can also be captured using photogrammetry, video, and infra-red (thermal).

This LiDAR elevation model of a stockpile at a mining site was generated using an Optimus drone flight. After collecting raw data using LiDAR, professionals are able to remove above-the-ground information, such as heavy machinery, vegetation and people without having to physically remove them. Ultimately, this allows for access to proper data scans of the areas.

“This past year has seen a huge period of growth for us,” said Airobotics CEO and Co-Founder, Ran Krauss. “As we expand our services and shift our base of operations to the US, we continue to push advancements in autonomous drone operations, global regulatory approvals and new technology.”

Airobotics is poised for accelerated growth with executive appointments of William Atkins as Chief Financial Officer and Rick Baker as Chief Revenue Officer. Based in the company’s new US headquarters, Atkins and Baker bring a wealth of industry experience. Atkins previously enhanced and scaled the finance and legal teams of companies including Calix, Fairfax Partners, Arbor LLC and Morgan Stanley. Baker formerly led the engagement strategy contributing to the global expansion for Airware, SAVO Group and Citrix.

Airobotics has achieved a number of major milestones, including:

Advancements of Aviation Regulation with FAA BVLOS Waiver: Airobotics is now the first company in the US to receive a Certificate of Waiver (CoW) from the FAA that combines three elements: flying Beyond Visual Line of Sight (BVLOS) for automated drone operations, over human beings, with a visual observer that is not required to keep a visual line of sight on the drone. This waiver permits Airobotics to operate drones from the company’s Remote Operations Center in Scottsdale.

Additional Investments and Geographic Expansion: The company recently announced a $30M Series D round of funding bringing its total investment to $101M and opened its global headquarters in Arizona.

Honors and Awards: Airobotics was selected by The Wall Street Journal as one of the Top 25 Tech Companies to Watch in 2018 and as one of the world’s “Most Innovative Companies” by Fast Company. The company received Frost & Sullivan’s 2018 Global New Product Innovation Award and the 2017 Edison Award for innovation and excellence as well.

Airobotics’ automated solution represents the next generation of drone operations, overtaking standard piloted services which can be prohibitive, imprecise and not always available.

Pipistrel And Honeywell Will Collaborate On Autonomous VTOL Technologies

No Replies to "Airobotics Continues Hyper-Growth Trajectory, Announces Integration of LiDAR into Drones"