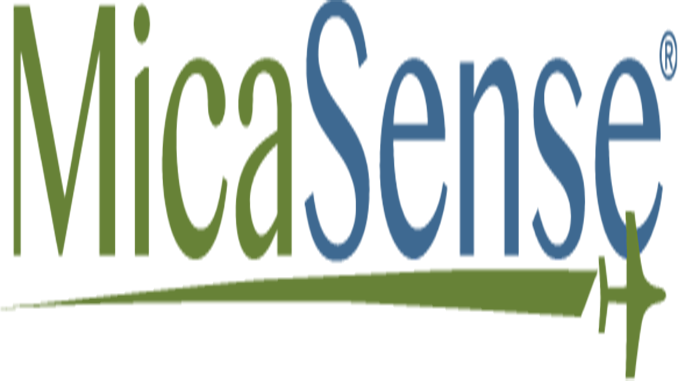 Founded in 2014, MicaSense is an American sensor company made up of engineering, optics, and agricultural experts who are passionate about precision farming and eager to contribute to its worldwide adoption. Today, the company reports its third consecutive year of 70% RedEdge sales growth and announces plans to increase its presence overseas and continue high levels of investment in research and development.

Designed to be highly adaptable for integration with a variety of drones, MicaSense sensors are used by researchers, drone service providers and growers in the agriculture industry. As a member of the Parrot Group, a leading European drone group comprised of industry leaders (Pix4D, senseFly, etc.), MicaSense is positioned well as a major player in the agricultural drone sensor market. RedEdge, the company’s leading sensor, is in its fourth iteration (RedEdge-MX) with thousands of units sold. In addition to providing growers and service providers with valuable insights into their crops, data from RedEdge cameras has also been featured in over 100 research publications, establishing RedEdge as a trusted name in the industry.

MicaSense has also seen success with its newest sensor, Altum, released this past October. Benefiting from four years of ongoing development, Altum is the first of its kind in the industry. Among other patented technology, it features revolutionary synchronized capture of thermal and high-resolution multispectral imagery. This enables analytics that seamlessly combine multispectral and thermal data, enabling customers to monitor chlorophyll content and crop health while simultaneously providing insights into irrigation and water stress. In November and December, Altum sales accounted for over 35% of MicaSense sales revenue, pointing towards a strong adoption of this next-generation sensor.

“Altum was created specifically to solve pain points for our customers and to empower them to push the envelope of what already exists in agriculture. Whether it is a researcher devising a new way to monitor drought or a grower spotting pests before they’ve spread to an entire field, our vision is to build tools that offer unlimited opportunities for innovation.”

Since its founding, MicaSense has committed to ensuring its products stand up to use in the field, allocating increased budget to research and development each year. All MicaSense’s products are manufactured in Seattle, Washington, allowing for high levels of quality control. This commitment to quality has helped MicaSense forge partnerships with leading drone integrators and manufacturers, such as Wingtra, Delair-Tech, PrecisionHawk, and BirdsEyeView Aerobotics, providing growers and drone service providers a wide variety of compatible drone platform options. Recently, the company announced its participation in the DJI Payload SDK program, a program allowing for seamless integration between DJI aircraft and sensors. Both RedEdge-MX and Altum are now fully integrated with the DJI M200, DJI’s leading professional drone, completing a fleet of professional multi-rotor and fixed wing drones for precision farming.

Building on another year of strong growth, the company plans to expand international sales channels and dedicate additional sales and marketing resources to Asia and Europe in an effort to better serve a rapidly expanding customer base.

“Growth in Asia-Pacific and Europe exceeded our expectations last year and we anticipate even higher demand in 2019. Customers there appreciate the usability and accuracy of RedEdge and have responded incredibly well to our new sensor designs. We’ve placed a high priority on getting more of our sensors to these areas this upcoming year.

MicaSense also plans on continuing high levels of investment in research and development. Making use of partnerships with prominent agricultural research institutions, the company intends to focus on data driven tools that support growers and bring the future of analytics to agriculture. For example, vineyard producers with access to analytics from thermal and multispectral imagery could identify not only which vines need water, but at what time during the day they need it the most. For growers in drought prone areas, this information may become vital as water becomes more scarce.

“Our research and development does not begin or end with sensor hardware. We are constantly looking at ways to streamline the data collection, processing and analytics workflow so better operational decisions can be made at the field’s edge, by growers themselves.”

MicaSense is at the forefront of drone sensor development for precision agriculture. Passionate about producing the right tools for their customers, MicaSense solutions enable growers, agronomists and researchers to make the right calls at the right time. All MicaSense products are designed and manufactured in the USA.

No Replies to "MicaSense Closes Profitable 2018, Eyes Global Expansion in 2019"