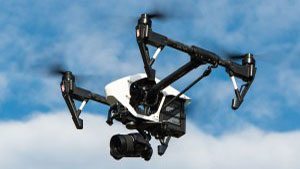 “The Saudi General Authority of Civil Aviation, the Kingdom’s regulator of all aspects of civil aviation has announced launching its electronic service to obtain permits required for operating unmanned aerial vehicles (UAVs) or drones in the Saudi Arabia, as part of its comprehensive digital transformation project for all of the services provided by the authority.

“Launching this e-service falls within the context of the relentless efforts exerted by GACA for a safe airspace achieving a secure environment in accordance with the strictest international safety standards, in addition to improve and regulate the navigation of drones, in line with the Kingdom’s vision 2030.”

This comes as much of a delight for hobbyists, enthusiasts and commercial ‘Unmanned Aircraft Systems’ (UAS) operators, who for years have operated under the radar, facing investigation and detention, if caught flying a drone.

With the new GACA permits, drone operators will be able to relax.

This journalist applied for a drone permit online and found the application process to be a simple one and allows for recreational and commercial drone use. Applicants are required to submit a copy of the national identity card or iqama and the make, model and serial number of the drone they are registering. There is also the option to obtain a Saudi Customs clearance certificate through GACA to import a drone into the country.

Information required by GACA includes a copy of the applicant’s national identity card or iqama, as well as the make and serial number of the drone. If one has received formal training in operating a drone, consideration is given for that.

From the GACA website, it appears that registration for each drone is required, and permission for each flight is also required. How quickly GACA can approve those requests will be seen in the coming days and weeks.

Bringing a drone into Saudi Arabia has always been a smuggler’s task with several confiscated by Saudi Customs over the years at various points of entry. Foreign journalists and film-makers were also banned from bringing them into the country unless prior arrangements and permission was granted by the Ministry of Media’s Foreign Media Department.

“There was always much confusion regarding drone permits and those wishing to apply for one were being referred to either the Ministry of Media, GACA, the Ministry of the Interior, local Governorate, the General Commission for Audiovisual Media, the local Municipality or the Saudi Federation for Cybersecurity, Programming and Drones,” said Seif, a Saudi film-maker and drone enthusiast.

“Where you were referred, depended on who you asked, and you ended up not flying, or flying illegally,” Seif added.

Drone pilots that Arab News spoke to had a concern, and that is whether a GACA permit is all that is needed to fly, or will one need other permits on top of the GACA one.

Arab News will be approaching GACA on Sunday for more information about regulations including whether training courses are required, and about how quickly day-flying permits take to process.

Black-market prices online have always been elevated and remained so over the weekend in the case of drones for sale.

One man named Abdulaziz who had two of the latest DJI Mavic drones available for sale in Jeddah, was selling them for SR2,000 more than they are sold for in shops in Dubai.

When asked why, he said: “I had to bring them it into the country.”

With this new regulation, it is expected that drones will soon be appearing in stores all around Saudi Arabia.

Those who own a drone or wish to purchase one and fly it in Saudi Arabia can register and receive the relevant permits through https://eaviation.gaca.gov.sa/uas/.