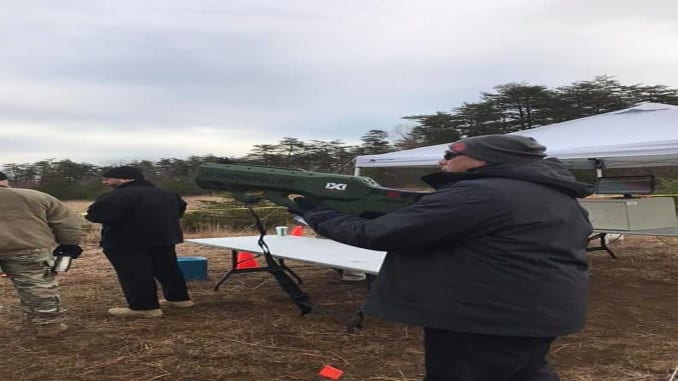 DRONEKILLER, a handheld Software Defined Radio created by IXI EW that can be used anywhere in the counter UAS kill-chain, participated in a NATO non-lethal technology exercise of counter-UAS at the Marine Corps Base Quantico. Over ten countries and United States Marine officials including Commandant Neller attended NNTEX-18C. During this week-long event, the DRONEKILLER showcased its abilities to defeat multiple drones in various scenarios. It was successful in disabling drones out to one thousand meters away.

Because of the results of this event, the Ukraine has invited IXI EW to demonstrate the DRONEKILLER in front of its Ministry of Defense in support of its efforts against Russia.

Headquartered in Yorba Linda, California, IXI EW is a Service-Disabled Veteran-Owned Small Business that excels in the design, manufacture and support of Counter UAS solutions for military and government.