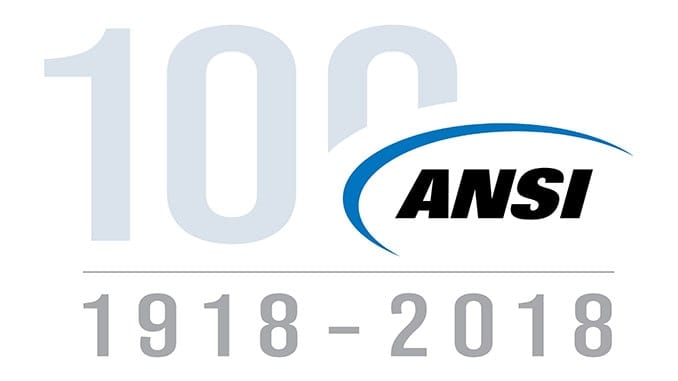 The American National Standards Institute (ANSI) announced today the publication of the Standardization Roadmap for Unmanned Aircraft Systems (Version 1.0). The roadmap was developed by the Institute’s Unmanned Aircraft Systems Standardization Collaborative (UASSC), a group established to coordinate and accelerate the development of the standards and conformity assessment programs needed to facilitate the safe integration of unmanned aircraft systems (UAS aka “drones”) into the national airspace system of the United States. Over 300 individuals from some 175 public- and private-sector organizations actively supported the document’s development, including representatives of the Federal Aviation Administration (FAA), additional U.S. federal government agencies, standards developing organizations (SDOs), industry, academia, and others.

This roadmap represents the culmination of the UASSC’s work over the last 15 months to identify existing standards and standards in development, assess gaps, and make recommendations for priority areas where there is a perceived need for additional standardization including pre-standardization research and development (R&D). Topical areas covered include airworthiness; flight operations; personnel training, qualifications, and certification; and specific operations for critical infrastructure inspections, commercial services, and public safety.

Of 64 issue areas examined in the roadmap, 60 gaps were identified, meaning there is currently no published standard or specification that covers the issue in question. Each gap includes a corresponding recommendation for action, along with a priority level for producing a standard and the name of a suggested organization(s) that can address the need. Of the 60 gaps, 40 have been identified as high priority, 17 as medium priority, and 3 as low priority. In 36 cases, additional R&D is needed.

Launched in September 2017, the UASSC’s purpose is to foster coordination and collaboration on standardization among industry, government, SDOs, and others. To that end, the roadmap clarifies the current and desired future UAS standardization landscape to help enable stakeholders to better focus standards participation resources. It also provides a basis for coherent and coordinated U.S. policy and technical input to regional and international audiences on UAS standardization. While the UASSC itself is not developing standards, the hope is that the roadmap recommendations will see wide adoption by the standards community. Ultimately, the aim is to support the growth of the UAS market with emphasis on civil, commercial, and public safety applications.

“As a neutral facilitator, ANSI has a successful track record of bringing together stakeholders to define standardization needs for emerging technologies and national and global priorities, in areas as diverse as homeland security, electric vehicles, energy efficiency in the built environment, and additive manufacturing,” said ANSI president and CEO S. Joe Bhatia. “As ANSI’s 100th anniversary year comes to a close, it is fitting that we add to our list of accomplishments this important contribution to the discussion around standards for UAS.”

ANSI’s facilitation of the UASSC is supported in part by contributions from the FAA, the U.S. Department of Homeland Security Science & Technology Directorate, the ASTM International/National Fire Protection Association Joint Working Group, the Association for Unmanned Vehicle Systems International (AUVSI), and others.