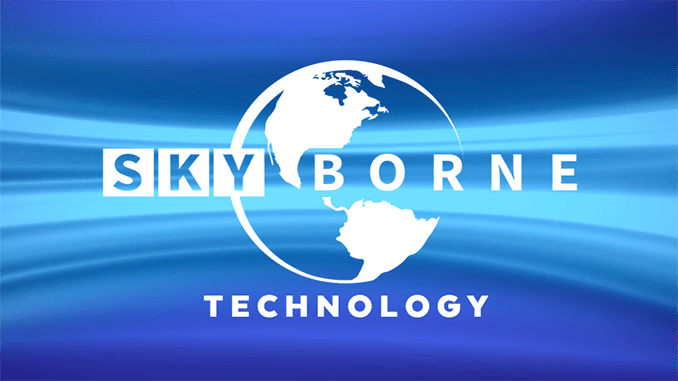 Skyborne airships can be launched inexpensively and from virtually any location. In addition, they can be returned to land so that payloads can be recovered and exchanged allowing for technological updates or equipment replacement.

The company chose the airport due to its geographical location to both Land and Sea. Also, the company will be in joint cooperation with Gulf Coast State College for the manufacturing of drones, airships, first responder communication systems and training as part of an educational outreach.

Commenting on the announcement:

According to Jim McKnight Gulf County EDC Director, “This is exhilarating news for our storm devastated community and the timing could not be better. Our business community has been resilient in their response to Hurricane Michael and this news adds an exclamation point to our intent to rebuild Gulf County better and stronger! We cannot thank Skyborne Technology enough for doubling down on their investment in Gulf County. Skyborne Technology’s business model incorporates the networking of advanced manufacturing and assembly plants in an approach consistent with other new businesses in our region, such as GKN Aerospace in Panama City and ACMT in Lynn Haven.”

“Northwest Florida is rapidly becoming a focal point for national and worldwide interest in the areas of unmanned vehicle systems and advanced manufacturing,” said Dr. John Holdnak, President of Gulf Coast State College.  “Skyborne Technology represents the convergence of these two critical paths of economic development for our region. I couldn’t be prouder, nor more excited that Skyborne has selected this college to be their educational training partner for the development, manufacture, and operation of their exciting line of current and future products. And, I couldn’t be happier that Gulf County stands at the epicenter of their operations.”

“This past September 2018, our company announced the opening of our manufacturing facility in Wewahitcha, Florida,” stated Deborah Cheek, Senior Vice President of Public Relations for Skyborne Technology. “Acquiring the Costin Airport compliments our strategic objective to have both manufacturing and flight operations for our aviation products in Gulf County.”

A press conference will be scheduled in the near future at Costin Airport.

Skyborne Technology, Florida Division is a next generation a developer, manufacturer and integrator of manned and automated next generation first responder communication, unmanned airship, drone aviation systems and unmanned sea systems worldwide with offices in Central America, South America and the United States.