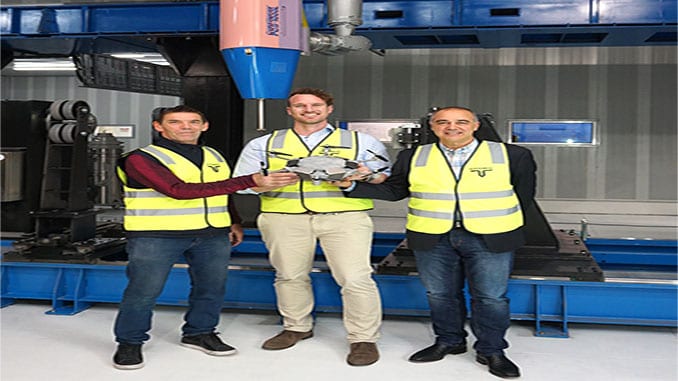 Titomic limited and TAUV signed a deal worth $18 billion  to manufacture weaponized drones, military grade systems and sensors using 3D printing technology. This MOU is just an extension of a project the two companies started in September 2018, where they worked on a strong and sturdy military drone prototype. Titomic’s unmanned aerial vehicles are made of titanium and titanium alloys. These military grade UAVs are different from commercially manufactured UAVs, which are often made out of inexpensive carbon fiber materials.

Using titanium in the design

The prototype is designed with improved stability and impact resistance and has other functions that enhance performance and safety of soldiers. Titanium is often used in drone design because it is a light and strong material, which makes the UAV use less energy. This means that a drone made out of titanium is likely to stay airborne longer that one made out of aluminum and so on. It also resists heat and corrosion when it comes in contact with carbon-fiber reinforced polymers (CFRPS). Titanium grades also determine the quality and durability of the drone. For example, Grade 1 titanium is more ductile and softer than all the other titanium grades, and has excellent corrosion resistance and high impact toughness.

Titomic’s Kinetic Fusion 3D printing system involves the cold gas spraying of Titanium and Titanium alloy particles to fuse metals and produce durable and sturdy structures. This system does not melt anything.  Normally in other industries, 3D printed titanium is made on a powder bed metal 3D printer that uses the metal laser sintering (DMLS) process.  The process involves an arm spreading a thin layer of fine titanium powder on a printing bed, and then a laser is used to melt the powder and fuse the titanium together.

Titomic’s UAV prototype is capable of scouting military training areas and can carry payloads and surveillance gadgets. However, it is just one among many drones from different manufacturers that are meant to protect soldiers from harm in battle zones.  Drones can also be used in the military to assist in searches for lost or injured soldiers. They can be used for reconnaissance of areas of buildings that are unknown and could be hiding spots for the enemy.

There is a lot of research already happening for the creation of smaller, lighter drones with stronger batteries.  This means titanium will continue to be used in the design of UAVs in the Australian military and other militaries around the world.