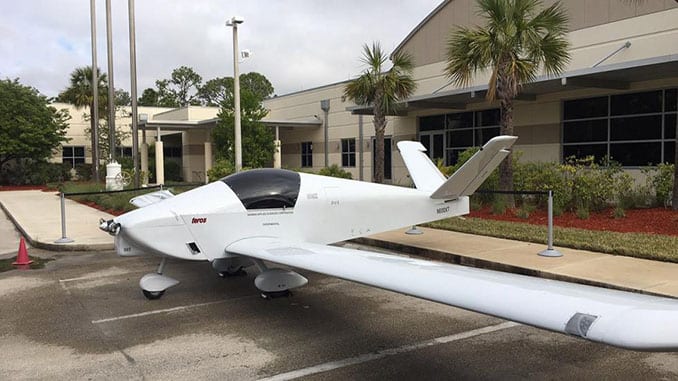 Florida has a big problem. Actually, it’s a very small problem, but there are a lot of them: mosquitos.

Fighting mosquitos has long been an existential problem for the state, home to swamps and miles of coastal marshes. The land is flat, it’s warm year-round and there’s a lot of water, all things the biting insects love.

“We can grow more mosquitos here than anywhere else on Earth,” says Eric Jackson, the public information officer for the Lee County Mosquito Control District, which is enlisting new technology to join the fray: drones both big and small.

The district is one of the new UAS Integration Pilot Program sites and will spearhead the use of unmanned aircraft to fight mosquitos both by surveying their domains and by actively spraying them.

Florida has taken mosquitos seriously throughout much of its history, and especially since the turn of the century when scientists linked them to the spread of disease. The state organized the Florida Anti-Mosquito Association in 1922 and mosquito control districts followed shortly thereafter, with the Lee County district established in 1958.

Despite the name, it’s not affiliated with the county or state government, but is instead a special taxing district governed by seven elected commissioners. It has its own applied science, research and aviation divisions, including mechanics and pilots.

“It’s a full agency, self-sustaining,” Jackson says. “What’s really beneficial about being a special taxing district and actually having our own elected board of commissioners and our own source revenue is, it is mission specific, so the money that is collected for our mission goes directly to mosquito control.”

Lee County is a superb breeding ground for mosquitos. As a result, it focuses heavily on aerial operations and has its own fleet of airplanes and helicopters for inspection and treating mosquito larvae, as well as “adulticide” via what the county calls “ultra-low volume spraying,” which uses liquid poisons to kill adult mosquitos.

“What’s unique about Lee County is the fact that we have a large area to control mosquitos. We have just a vast mangrove habitat along our coastal areas,” Jackson says. “We have more mangrove marshes here than five counties combined on the east coast of Florida. We have an immense amount of mosquito habitat. And because of the location and where this is set up in the county, it requires a special way to get those mosquitos, where some other districts may not need that. We are very heavy into aerial operations.”

Officials thought it was a long shot to compete to be an IPP site, but its decades of using aircraft to fight mosquitos, and their long relationship with the FAA, probably helped.  The district’s initial perspective was about safety. Its aircraft tend to fly low, just where drones fly.

“Our pilots are in the air pretty much every day in different parts of the county, and one of the things that we’ve seen over the last couple of years … is there is a lot more drone activity just with private use of drones,” Jackson says. “If there are going to be regulations changed, new rules written, it’s really important to us as an agency that relies heavily on aerial operations — and we’re flying at 300 feet a lot of times — to have a seat at the table when it comes to drafting the regulations, for the safety of our manned vehicles.”

The new IPP UAS program, part of the district’s aviation department, is headed by Rita Maiss, a former airline pilot and Blackhawk helicopter pilot during Operation Desert Storm. She’s now in combat of a different kind, against the numerous types of South Florida mosquitos.

“We have used drones in a very limited fashion,” she says. “For example, I’ve taken a drone out where an inspector wanted to see whether the other side of a canal was wet or dry, so under Part 107 I flew a drone, within line of sight of course. … It’s been very limited.”

Going forward, the district plans to use the relatively small HQ90 vertical takeoff and landing, fixed-wing drone from Latitude and the larger, fixed-wing Teros UAS from Sonex Aircraft. Some of the district’s existing pilots will be used to fly the UAS, Miass says, undergoing up to two weeks of training to learn to operate the two systems.

Jackson says the drones won’t replace the existing aircraft or boots on the ground, but “what this really is going to do is assist us in the operation.”

Drones could examine canals to see if aquatic weeds are growing and providing a habitat for mosquito larvae and keep an eye on tidal pools that could be growing mosquitos.

“We can currently do that now, the idea is to eventually be able to do this out of line of sight,” Jackson says. … “I really don’t see it being any different than what we do now, we’re just looking at a new tool to help us do this.”

“When everything looks like it’s all good to go, then we have the vision to spray, [from] the aircraft, over all of Lee County,” Maiss says, which would be phase three. So it’s a pretty broad and long-term process.”

“We’ve got a lot of mangrove islands, barrier islands … areas where you can get out there and clean up the edges of our normal spray pattern,” Jackson says. “If we were to have a Teros, this larger drone, you could put an adulticide in, we could program it, send it out, it could go clean these areas or sweep through some of these isolated islands and then return home, and we wouldn’t have to put a pilot in the air at night.”

That depends on how the first phases go, Maiss says — “Each succession is based on the success of the former phase. We’re open-minded about how this will go.”

The district will apply for certificates of authorization for each stage of its flight to the Federal Aviation Administration, submitting its first application in August. Over the 2.5 years of the IPP program, the FAA will be looking at the Lee County results, asking, “What works? What’s feasible? What’s safe? And, how can this be applied across the country?” Jackson says.

Within a few decades, or less it could be part of the standard operations for fighting mosquitos, and the Lee County Mosquito Control District could have helped lay the foundation for mosquito-fighting operations around the country.

“In 50 years, drones will be just a way of mosquito control, just part of standard operations, or could be,” Jackson says. “We’re just trying to see how to best get there. So when this project is over, if it works, if it’s feasible, if it’s useful for us, I could definitely see us using it.”