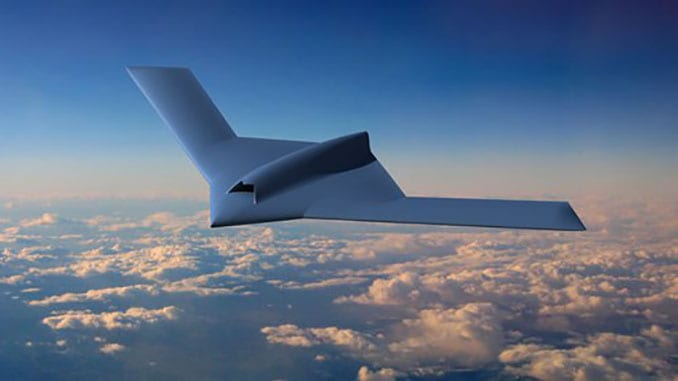 Shi Wen, the chief engineer and designer of China’s Caihong (CH), or Rainbow UAV series, told the Global Times on Monday that “the performance of the CH-7 in many areas is much better than the US-made RQ-170, and quite close to the RQ-180.”

Due to its high altitude, high speed, stealth capability and endurance, the CH-7 can conduct many missions under dangerous conditions, including reconnaissance, surveillance, combat support, launching missiles or guiding other weapons to strike high-value targets, Shi noted.

The CH7 is 10 meters long and has a 22 meter wingspan. It has a maximum take-off weight of 13,000 kilograms, with a cruise altitude of 10-13 kilometers, a cruising speed of 0.5-0.6 of a Mach, and can stay in flight for 15 hours, the China Academy of Aerospace Aerodynamics (CAAA) said in a statement sent to the Global Times on Monday.

Since the CH-7 is difficult to detect, it can penetrate enemy positions and get as close as possible to hostile targets and conduct combat missions as long as possible, Shi noted. “The CH-7 can intercept radar electronic signals, and simultaneously detect, verify and monitor high-value targets, such as hostile command stations, missile launch sites and naval vessels.”

“The CH-7 also has internal weapons bays, so it is capable of launching weapons, like anti-radiation missiles, air-to-ground or anti-ship missiles and long-distance precision-guided bombs,” he said.

The CH-7 will be test-flown in 1-2 years, and can be customized, Shi said.

“The US has advanced technologies in some areas of UAV, and the Chinese UAV market is huge, so China is willing to cooperate with the US on the commercial use of UAVs,” Shi said.

In the future, Shi’s team will focus on developing UAVs with extreme endurance and high speed and stealth capability, high-altitude UAVs, and vertical take-off and landing capabilities.