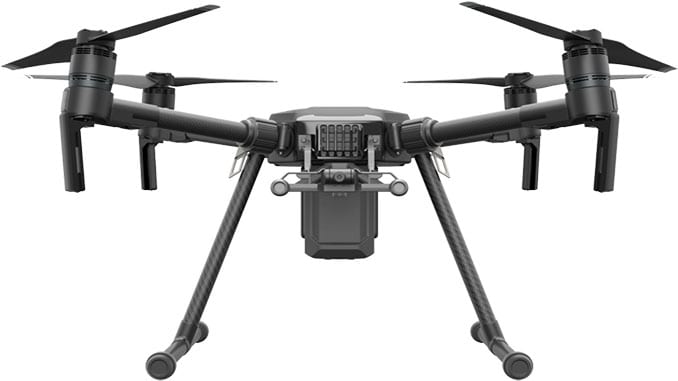 Important Safety Announcement For All M200 Series Users From The CAA

1.2 A small number of incidents have been recently reported where the aircraft has suffered a complete loss of power during flight, despite indications that there was sufficient battery time still remaining. In each case, this resulted in the aircraft falling directly to the ground due to the immediate loss of lift with the remote pilot unable to control its subsequent flight path. The small unmanned aircraft (SUA) were damaged upon impact, but the CAA has not received any reports of injuries to people or property.

1.3 The full details of the occurrences are still being investigated by the manufacturer.

1.4 The purpose of this Safety Notice is to highlight the requirement for the SUA operator and/or remote pilot to be reasonably satisfied that the flight can be safely made (Air Navigation Order 2016 (ANO) article 94(2)) and to temporarily limit the scope of any operational authorisations, issued to operators of the DJI Matrice 200 series where ‘reduced distances’, and ’extended visual line of sight’ (EVLOS) have been permitted.

2.1 This Safety Notice requires the following actions to be taken:

i) Updating the SUA to the latest manufacturer’s firmware should be completed using the “DJI Assistant 2” software. The software will identify the firmware version of every
component and prompt the “update message” if any component is not with the latest version. This can also be identified if there is a “-“ (dash symbol) next to the aircraft
firmware version number.

ii) The TB50 and TB55 batteries need to be updated using DJI Assistant 2 and can only
be updated in pairs. This means that if the user has 10 batteries, he/she will need to
perform the update five times, plugging the batteries into the aircraft, and running DJI
Assistant 2 every time.

iii) After any software or firmware updates, the aircraft must be flight tested in sterile
conditions away from uninvolved third parties, to ensure it is working correctly. It is
recommended that each pair of batteries is flight tested. This must be recorded in the
operator’s maintenance log book as applicable.
b) Provisional Suspension of Operations

i) In accordance with Air Navigation Order article 257 and 257(2)(c), operators of a DJI
Matrice 200 are hereby directed not to fly or permit any flight that involves overflight of
any persons at any height until further notice.

ii) In accordance with Air Navigation Order article 253, any element of a permission
based on an Operational Safety Case (OSC), issued by the CAA to an SUA operator
which permits the operation of a DJI Matrice 200 series SUA to be operated:
• within 50 metres of any persons;
• within 50 metres of any, vessel, vehicle or structure which is not under the control
of the SUA Operator or remote pilot of the SUA;
• over or within 150 metres of an open air assembly of more than 1,000 persons;
or
• using EVLOS
is provisionally suspended until further notice.

iii) These limitations will be subject to regular review. As soon as further updates are
obtained from the manufacturer, and the CAA is satisfied that the current issues have
been satisfactorily addressed, the CAA will issue a further update via the SkyWise alerts
portal on the CAA website.

i) Due to the unique nature of emergency services operations, the privileges contained
within General Exemption E 4506 (ORS4 No. 1233) may continue to be exercised whilst
using the Matrice 200 series, provided that the potential risks highlighted in this Safety
Notice has been considered within the decision to proceed and the overflight of
uninvolved persons are minimised.

3.1 Any queries or requests for further guidance as a result of this communication should be addressed to the following e-mail address: uavenquiries@caa.co.uk, with the subject line ‘Safety Notice – DJI Matrice 200 Series In-Flight Power Failures’.

3.2 Anyone experiencing technical issues with the firmware update process should contact their DJI dealer immediately or DJI directly.

4.1 This Safety Notice will remain in force until further notice