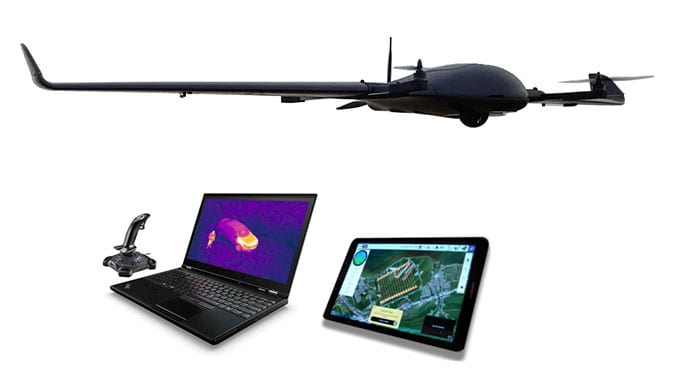 The DeltaQuad Pro #VIEW offers all the advantages of the DeltaQuad Pro and is equipped with a high grade surveillance camera. The available surveillance packages range from entry-level nose cameras to state of the art computer guided thermal & RGB controllable gimbals. Every package is accompanied by a carefully selected video transmission system for optimal quality and range.

This newest addition to our range of DeltaQuad models has been developed and tested for more then 6 months and is currently in active duty with several launching customers. The 3 surveillance payloads to choose from range from simple static SD video to full HD 30km range dual thermal & RGB camera gimbals with object tracking and automatic retracting.

Check out all the specs and options at deltaquad.com/view

SAFIR Consortium To Carry Out U-space Drone Demonstrations In Belgium