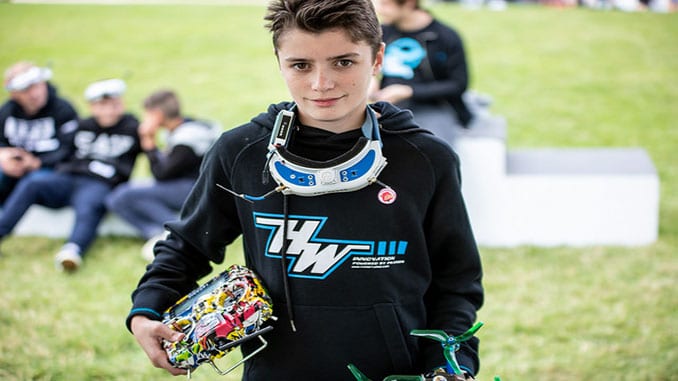 The teenage drone pilot claimed the top spot in this year’s competition after seeing off no fewer than 668 other competitors hailing from 41 different countries.

Joining him on the podium are Poland’s Jan Wielgosz, also a Junior competitor, in second place, and David Spacek of Czechoslovakia in third. Of the first eight pilots, six are Juniors.

Drone racing is one of the fastest growing sports in the world, and this latest edition of the FAI Drone Racing World Cup was the biggest yet.

Played out over 22 events in 17 different countries around the world, it kicked off in Bali, Indonesia in April and closed with the Phoenix World Cup event in Prilep, Macedonia earlier this month.

This year’s competition involved a total of 669 pilots from 41 countries, up from 435 pilots from 37 countries last year.