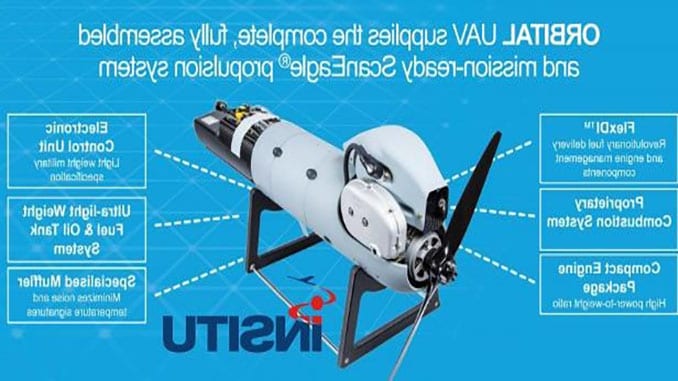 Orbital Corporation, a Perth technology company which grew from Ralph Sarich’s orbital engine, has signed a deal with a Boeing subsidiary for its propulsion systems for tactical unmanned aerial vehicles.

Orbital says an expanded long-term agreement with Insitu Inc has a potential value between $120 million and $350 million over five years, with the full value dependent on confidential Insitu customer contracts and volumes.

The deal covers the delivery of its Modular Propulsion Solution and services applied across Insitu’s range of unmanned aircraft systems.

The two Insitu engines — for use in its Integrator and ScanEagle aircraft — will be assembled, tested and shipped from Orbital UAV’s facility in Hood River, Oregon, US.

Todd Alder, CEO and Managing Director of Orbital UAV, says the increased scope and scale of work demonstrates Orbital’s ability to meet the growing requirements of the rapidly evolving market.

“Orbital UAV’s Modular Propulsion Solution offers the customer improved production lead times, greater volume flexibility, tailored performance applications and guaranteed quality across the range due to the core common components that form the basis of the modularised approach,” he says.

Obital also supplies propulsion systems to Textron in the US, with total sales to day of $18 million.

The company today released revenue guidance for the 2019 financial year of $24 million.

“With our U.S. production facility now operational, the expanded LTA with Insitu, and the development of our Modular Propulsion Solution, the coming year, and beyond, promises to be an exciting period for Orbital UAV,” says Adler.

“When I took over the role of CEO a little over a year ago, I was clear about the motivation of the executive and the Board. Our aim is to govern and lead a growth business that is disciplined, lean and value accretive and I believe our current focus will help deliver on this objective and build on our recent achievements.”

DJI Announces The Global Rollout Of The Phantom 4 RTK Globally