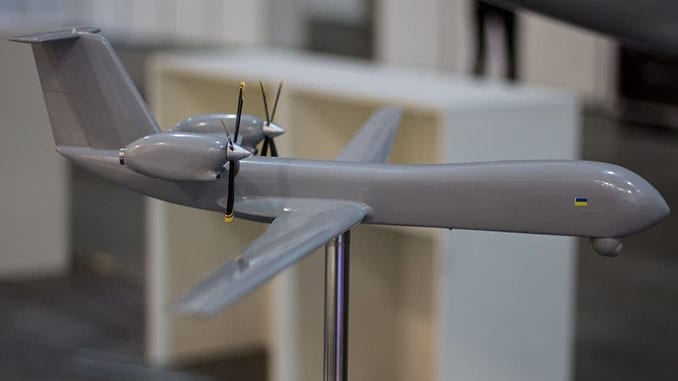 Ukrainian aerospace company Antonov unveiled a scale model of the long-endurance unmanned aircraft system at the military exhibition in Kyiv.

According to the company’s statement, Antonov developing a new generation of the long-endurance unmanned aircraft system for surveillance and reconnaissance missions.

The new unmanned aircraft system (UAS) will be used as a high-altitude platform covering a unique capability to perform strike, coordination, and reconnaissance against high-value, fleeting, and time-sensitive targets.

The Antonov’s UAS is approximately 13,9 m in length, has a 24,63 m wingspan and is powered by a two engine.

The unmanned system incorporates nine pods under the wings to carry munitions for combat operations. Each pod has can carry air-to-ground missiles or other precision weapons.

The new UAS will be the first high-altitude long-endurance (HALE) unmanned aerial vehicle in the company’s portfolio.

DroneShield Announces The Launch Of The Additional Product DroneCannon RW