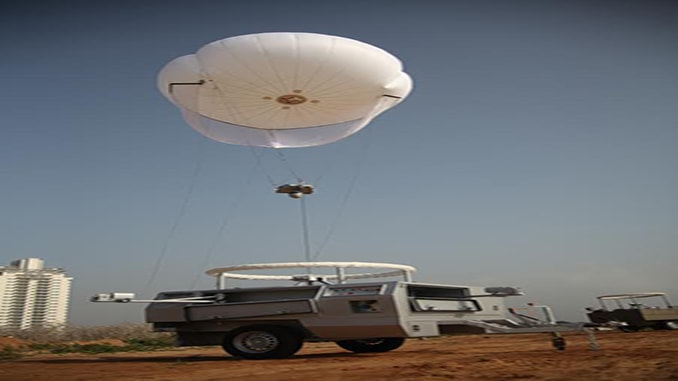 The Israeli-based aerostat company RT LTA Systems Ltd. will present the SkyStar family of aerostats at SEECAT, the Special Equipment Exhibition & Conference for Anti-Terrorism in Tokyo, Japan. RT’s SkyStar aerostats are ideal for securing massive public events, as well as for HLS, crowd control and public safety missions, and for police and military applications. offering availability of over 85% in any given area, RT’s SkyStar systems already accomplished more than 1,500,000 million operational hours worldwide.

Ideal for securing massive public events, RT’s SkyStar aerostats were deployed during the FIFA World Cup, the winter Olympic games, the Tokyo marathon and other massive sports events and competitions worldwide. The SkyStar aerostat systems were also deployed during live concerts in Israel and abroad, securing tens of thousands of fans, and during Pope Francis’ visit to Columbia and the massive Masses that the pope presided over. The SkyStar aerostat system are also optimal for military applications and border protection missions, and are being used continuously by the IDF on the border with the Gaza Strip.

Rami Shmueli, RT’s CEO: “RT’s Skystar systems are an ideal solution for securing the Tokyo 2020 Olympic Games, as they provide persistent surveillance for long periods of time at a very minimal cost. The SkyStar systems were already successfully deployed during previous major international sports events including the FIFA World Cup and the winter Olympic games, securing millions of participants from the air, and received great feedback”.

RT LTA Systems Ltd. is a world-class designer, developer, and manufacturer of the SkyStar ™ family of aerostats for use in intelligence, surveillance, reconnaissance, and communications applications. SkyStar is a self-contained, versatile, easily transportable, cost-effective tactical system comprised of a ground control station, a ground system module, a tether, a lighter-than-air platform, a stabilized payload platform, and a sensor suite.

RT LTA was chosen as one of the 5 most influential companies in the field of aerostats, according to the Market and Markets survey.

The SkyStar systems already accomplished more than 1.5 million operational hours worldwide and are currently operational in various military and civilian missions in many different countries.

RT LTA Systems was established by former military intelligence and current CEO Rami Shmueli, who served as the head of the aerostats department in the IDF. The company headquarters and production lines are based in Yavne, Israel, and its American subsidiary company, RT Aerostat Systems, Inc. is located in Texas. RT’s second subsidiary, Aero-T, was established in 2016. Aero-T specializes in the development and manufacture of large aerostats. Aero-T’s first family of large aerostat is the SkyGuard family.

No Replies to "SEECAT 2018: RT LTA Systems To Present Its Skystar Family Of Aerostats"