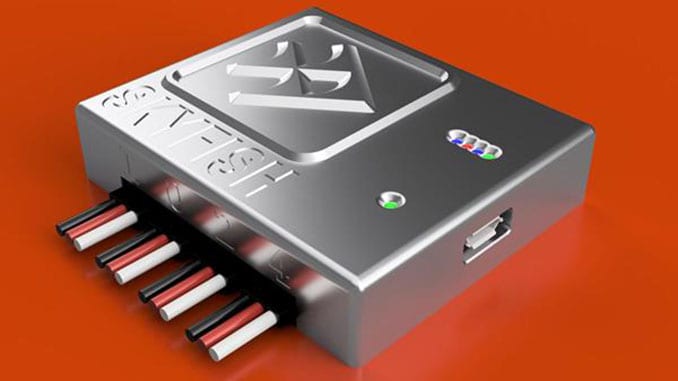 Skyfish provides a smarter platform so anyone can fly, inspect, and model complex infrastructure with an easy-to-use interface. The platform also pre-processes the collected infrastructure data and metadata to help create impeccable 3D models.

“The proven Skyfish solution is unlike any available commercial drone technology,” said Skyfish CEO, Dr. Orest Pilskalns. “Our full stack platform provides unparalleled control over hardware, software, sensors, and onboard computing power for ultimate flexibility and real-time customization. Skyfish autonomous systems can navigate almost any location including radio-denied areas that exist close to cellular towers, high-voltage power lines, and many other industrial environments. Users can quickly install and integrate the small-form, on-board computer with existing robotic, optical, thermal, navigational, radar and LiDAR devices and systems, then generate useful flight plans with very little training. The result is an easily deployable system that produces hyper-accurate 3D models and orthomosaics that can be utilized immediately to measure and monitor infrastructure or inventory more accurately and more frequently than ever before.”

Industry Endorsements
“The Skyfish platform represents a sea-change in commercial drone technology for infrastructure inspection, measurement and analysis,” said Mike Barkasi, Project Manager at infrastructure software development company Bentley Systems. “For our infrastructure customers that want to enable the benefits of drone sourced data – but need engineering grade accuracy for their 3D modeling – I believe leveraging both the Skyfish and Bentley platforms together is a good answer.”

“As a leader in the unmanned aerial system (UAS) industry since 2013, Vision Aerial’s been waiting for a well-designed, autonomous solution that provides both precision navigation and built-in sensor integration,” said Shane Beams, CEO at Vision Aerial.  “Skyfish delivers exactly that.”

Skyfish Market Opportunity
According to a recent McKinsey and Company report,  businesses across industries realize that drones have multiple commercial applications, some of which go beyond basic surveillance, photography, or videos, and they are already using them to transform daily work in some industries. The United States has been a particularly strong source of commercial growth, with the value of drone activity rising from $40 million in 2012 to about $1 billion in 2017. By 2026, McKinsey estimates that commercial drones—both corporate and consumer applications—will have an annual impact of $31 billion to $46 billion on the country’s GDP. Developments within the United States could thus signal how commercial drone usage and investment will proceed in other markets.